I’ve had to endure my husband having many relationships with different women over the years. Of course, he’s had his on-screen Neighbours wife, Susan, for more than 18 years and that’s been easy because Jackie Woodburne is such a wonderful human being and good friend.

Then there was Nicola Charles (Sarah) and Natalie Bassingthwaighte (Izzy) who were love interests on the show for a spell and also both gorgeous, so I can’t complain. Natalie has also become a close pal. 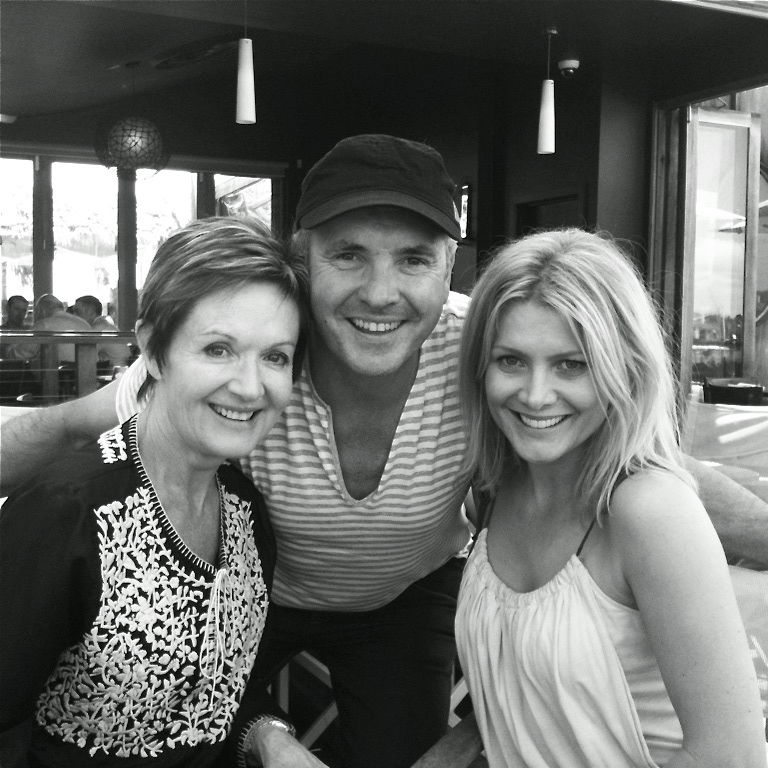 But now, not only is Fletch surrounded by stunning women on set, he’s embarked on a musical project that means he’s going to be working closely with THREE beautiful and highly talented young women. I mean, really, if they weren’t so damn nice, I might be feeling a little bit over it all…

Alan first met The Pacific Belles when they came along to a regular gig where his band Waiting Room was playing at The Elephant and Wheelbarrow in St Kilda. From there, Alan learnt about their unique musical style and plans for a collaboration grew. You see, The Pacific Belles aren’t any old girl group. They’re a retro swing trio that emulates the harmonies of The Andrews Sisters from the 1940s. 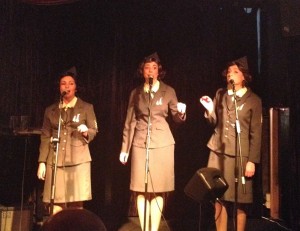 The Pacific Belles performing at The Paris Cat in Melbourne

We went along to The Paris Cat in the city one evening to see them perform and were blown away. Not only is their repertoire tight, pitch perfect and entertaining – they mix up the old with the new – even singing a jazz influenced version of Wonderwall. Impressive.

Laura Monaghan (pictured above centre) – better known as ‘Betty Belle’, is the lynch pin of the group and the mastermind behind the concept. She firmly believes she was born in the wrong era, which probably accounts for their authentic sound. ‘I came over to Australia from the UK and I’ve always wanted to sing in a trio,’ she said. ‘I love singing harmonies so I thought, “Let’s do a 1940s singing trio.” That’s the music I’m really passionate about. It’s a glamorous era. I love the fashion, the lipstick, the hair – everything.’

They’ve definitely got the look down pat. Quick frankly, listening to them sing downstairs at The Paris Cat, I really did feel like I’d been transported back to another era…

They’ve already built up quite a following in Melbourne – playing at functions, popular venues, weddings and events. Tonight they’ll be performing at the launch of Melbourne’s Fringe Festival with shows booked during the festival as well.

A vintage tea party with The Pacific Belles

‘Our next public performance dates will be during the Melbourne fringe festival at Madame Brussels on the 22nd of September and then again on the 5th and 6th of October.  Our show is called Sing, Swing, Get in The Mood and we’d love everyone to come along for the afternoon tea and a show.’

As for Fletch’s new musical collaboration with The Pacific Belles, that’s under wraps for the moment, but I’ll give you a hint. It might have something to do with Christmas… 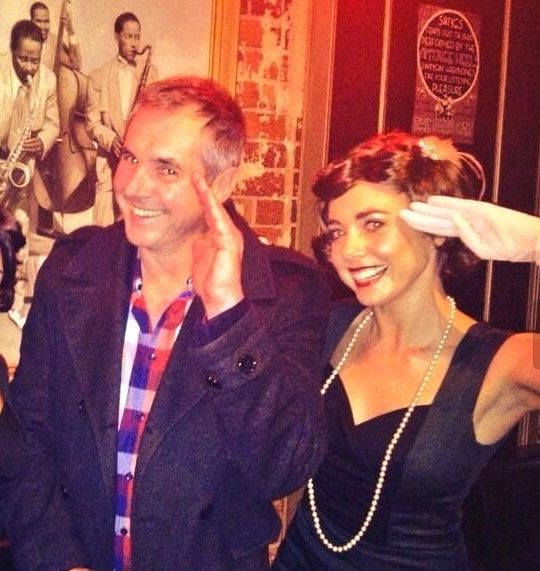 They make a good team, right? Oh, and the Pacific Belles will be back at The Paris Cat in November. In the meantime, they’ve also got an album and video clip to finish. Ultimately, they’d like a hit song in the UK charts. I can’t wait to hear the finished product! 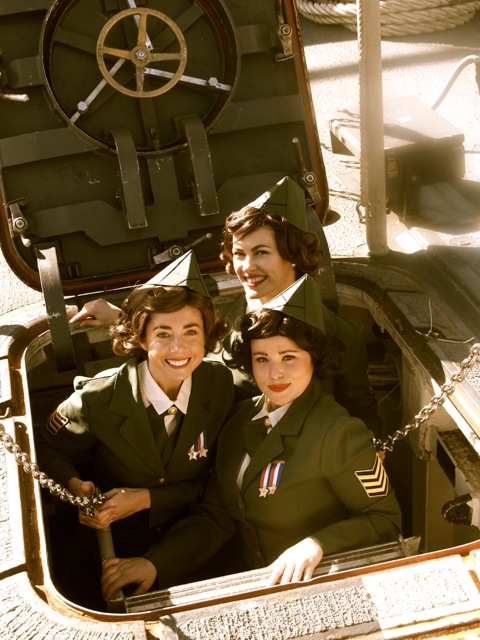