(Otherwise titled,  Are superstitions are rubbish???)

Sometimes I think I spend too much time looking for ‘signs’ – the sort of indicators that something you’re either hoping for OR NOT – will or won’t happen. My adored Grandmother – who lived with us while I was growing up, probably helped instil this.

Some superstitions she taught me you might know – like throwing a dash of salt over your left shoulder if it spilled, avoiding the number 13 and not walking under ladders. One you might not know is to make sure that the first word you utter every month is RABBITS. I’m not exactly sure why, but Grandmother insisted it would bring you good luck for that month if you did.

Having said RABBITS on the first of this month, this weekend just past was the perfect time to put that theory to the test.

I was heading up to the Gold Coast for the annual ACRA awards – the Australian Commercial Radio Awards – because by some miracle – I’d been nominated for an award. Even more surprising was the category – Best Newcomer in metropolitan radio. Nothing better than being called a ‘Newcomer’ when you’re over forty! (cough, cough…)

It WAS a genuine surprise because I hadn’t entered myself – instead our show’s producer – Lauren Saylor – had thrown my name in the mix – going to the trouble of filling in the forms and finding the right audio segments to make up an entry – all unbeknownst to me. So a VERY big thank you to Lauren. The first I knew of it was waking up to a host of congratulatory text messages on a Sunday morning a couple of months ago.

Apart from being part of a group Logie win for a news story, I’ve never been up for an award of any kind in my life (let’s not count school stuff) so I was naturally very chuffed. Of course, after the initial excitement wore off, the self-doubt set in and I started to tell myself there was no way I’d win – but hang on, I’d said RABBITS so maybe there was a chance???

On the day, I looked for signs. The pigeons were cooing when I woke up. Tick. The taxi driver who took me to the airport had SMOOTHfm 91.5 on the radio. Tick. When I arrived at the Hilton Hotel at Surfers Paradise, they had me in Room 13. NO WAY. They changed it for me and I thought, smugly, FOUR signs! Rabbits, pigeons, music AND the right room number!

I even managed to get into my dress after months of dieting and didn’t spill any makeup getting ready. TWO more ticks. 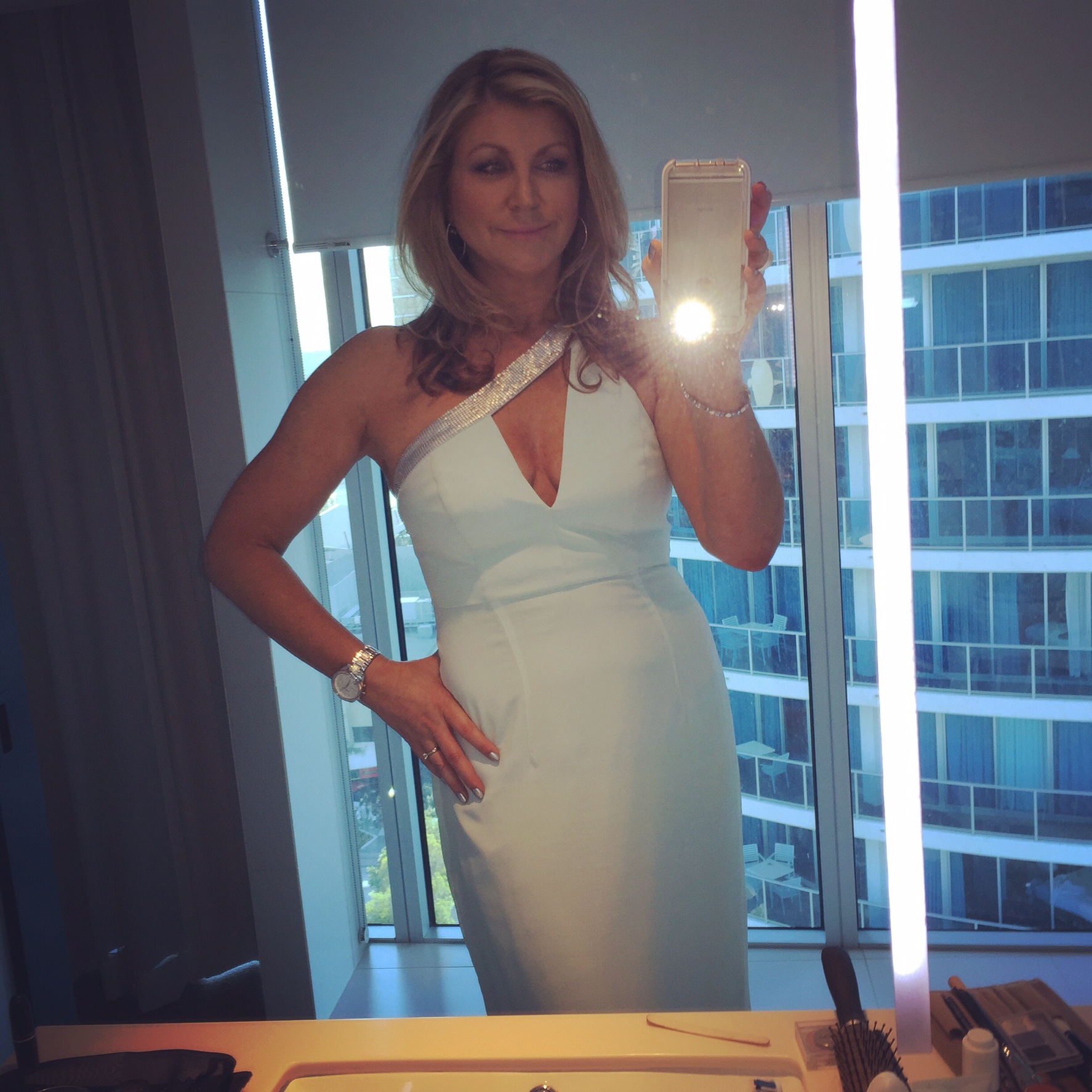 We arrived at the awards ceremony and the room looked fabulous – all neon lights and beautifully decked out tables, all the guests in the shiny best. 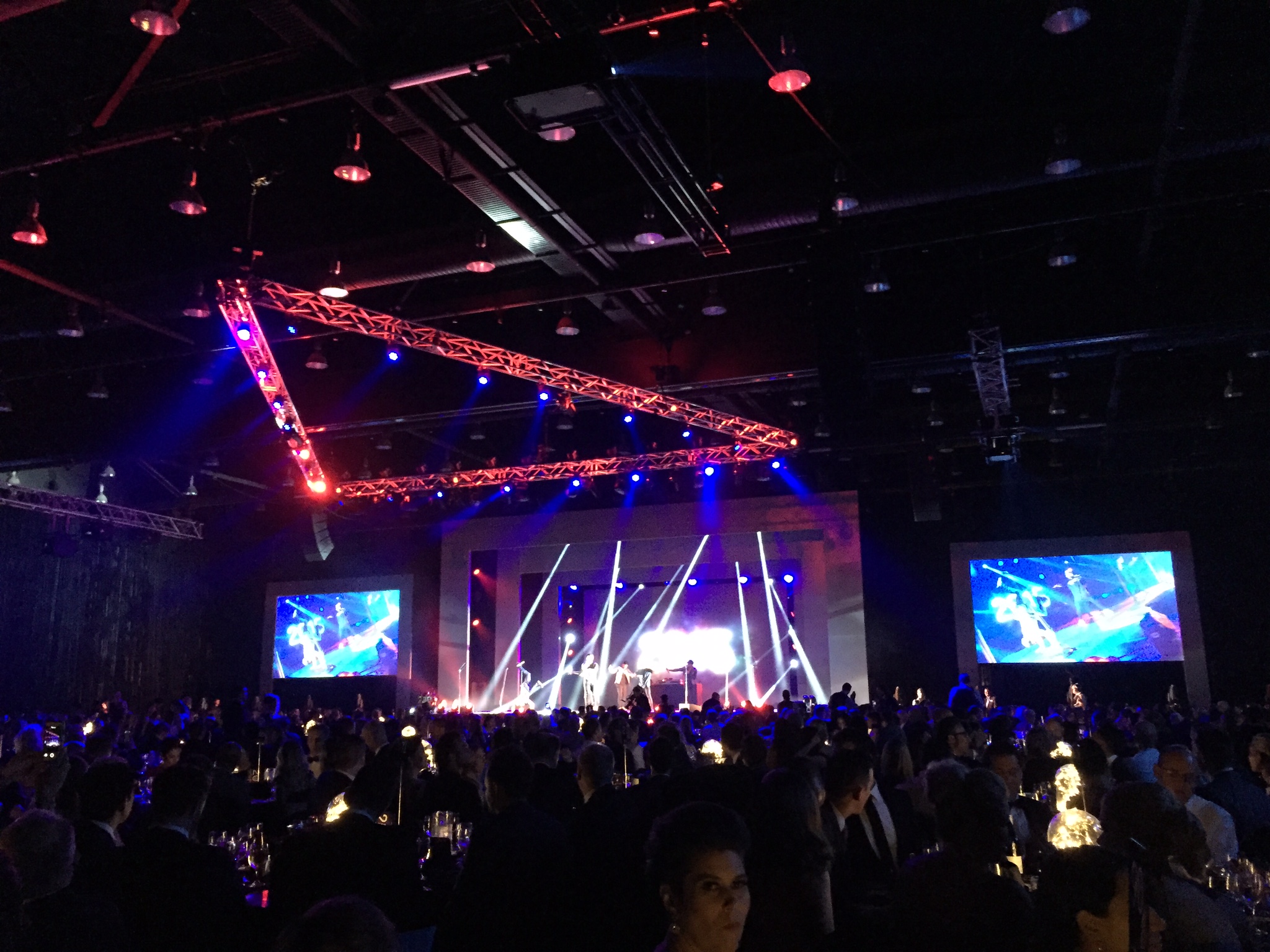 I walked through the room brimming with confidence, We met up with friends and posed on the red carpet. Along with some of the interstate news readers we happily smiled for the cameras. 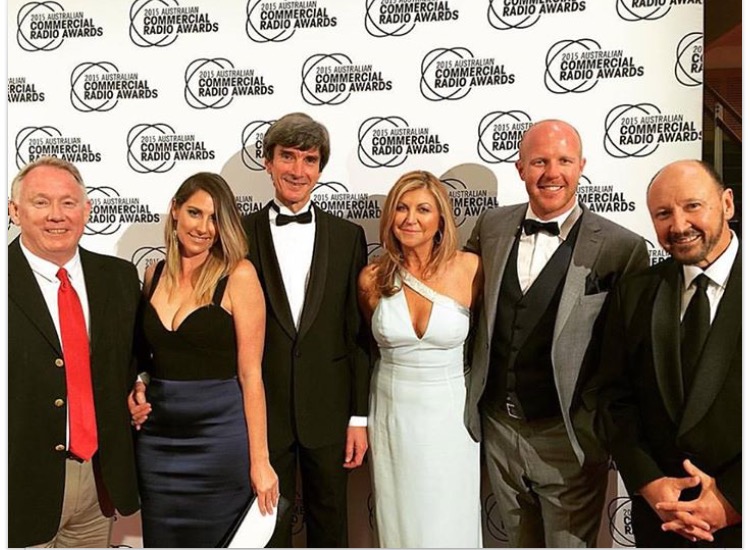 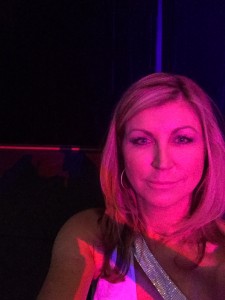 The very, very, VERY back of the room

But then I walked into the room, looking for my table. And walked and walked… So far, until I was right at the back of the room. Literally. There was a blank wall behind me. I don’t think there was a worse table position in the entire room. And that’s when I knew rabbits was wrong…

Why would they announce a winner who took three hours to walk to the stage? 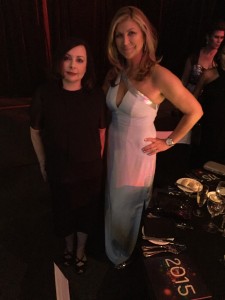 Kate Mason and me

I was also sitting with another Smooth nominee – the very talented Kate Mason who was up for Best Music Director. 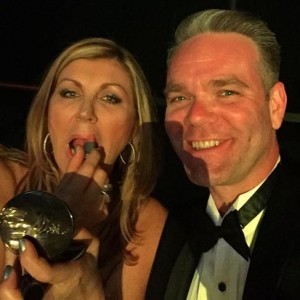 Ty Frost and me

And luckily the entertaining and fabulous Ty Frost was on hand to make sure we kept ourselves ‘nice’ as the long-list of awards was read out – helped along by the very talented MC efforts of actor Stephen Curry.

So when the winner of Best Newcomer was announced – Triple Ms Paul Gallen, I wasn’t surprised. But I was also hit by a realisation.

Just because I didn’t win the award didn’t mean the SIGNS had been wrong. I WAS a winner. I’d been nominated for a NATIONAL award at the ACRAS.

Whatever the outcome, that is indeed something to be proud of. The signs had been right all along. So I had a brilliant night celebrating, but managed to be well-behaved enough so that I could wake up the next morning with a smile on my face and take a lovely walk along the beach at Surfers Paradise. Now that’s a win, whichever way you look at it. 🙂 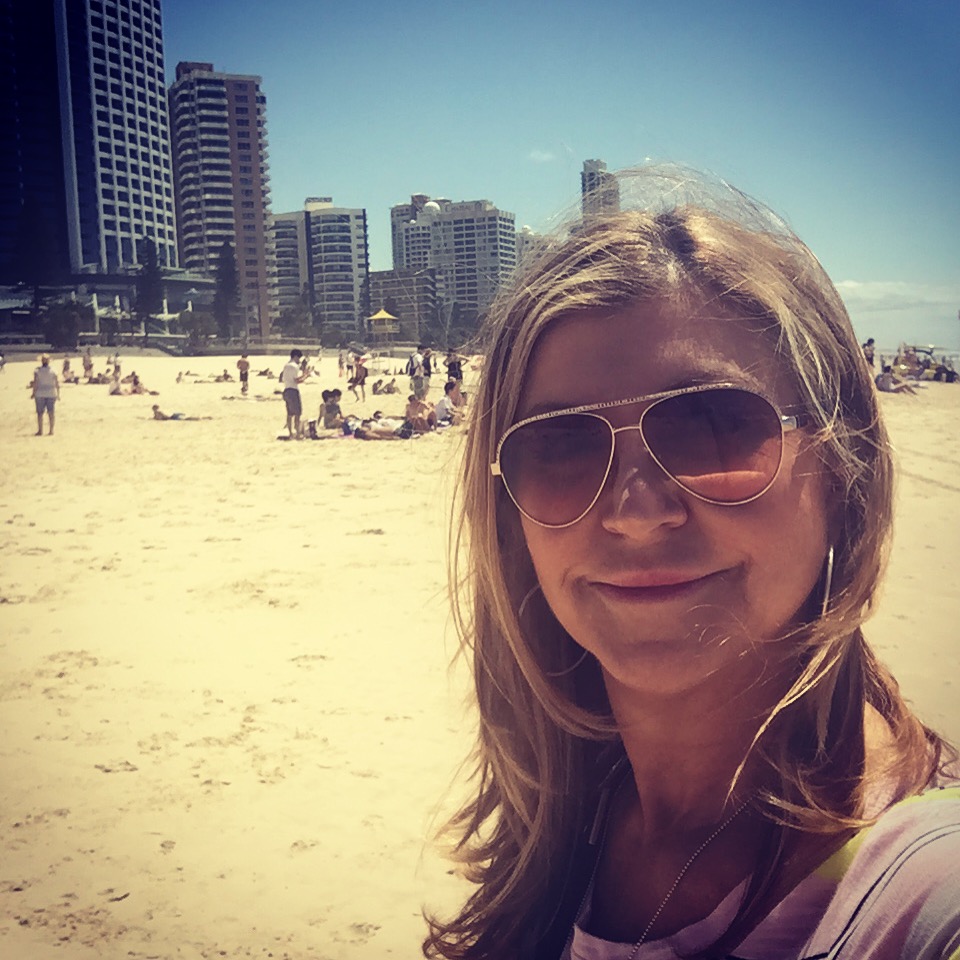 On the beach at Surfers Paradise