With the clothing industry dominated by land-fill fashion and high-turnover trends, it’s refreshing to be reminded that some designers still hold true to ideals that got them in to the business to start with. I’m talking about designers who treasure beautiful fabrics, quality manufacture and attention to detail. Their clothes may cost more, but you’re purchasing something you can cherish and that will usually last until your daughter wants to wear it to a retro-party.

Teresa Liano, creator of the label T.L.Wood, is exactly what I’m talking about. She’s also proud to call herself a veteran in the world of fashion, having designed clothes for more than twenty years and kept her Chapel Street store in Prahran flourishing for more than fourteen of those. 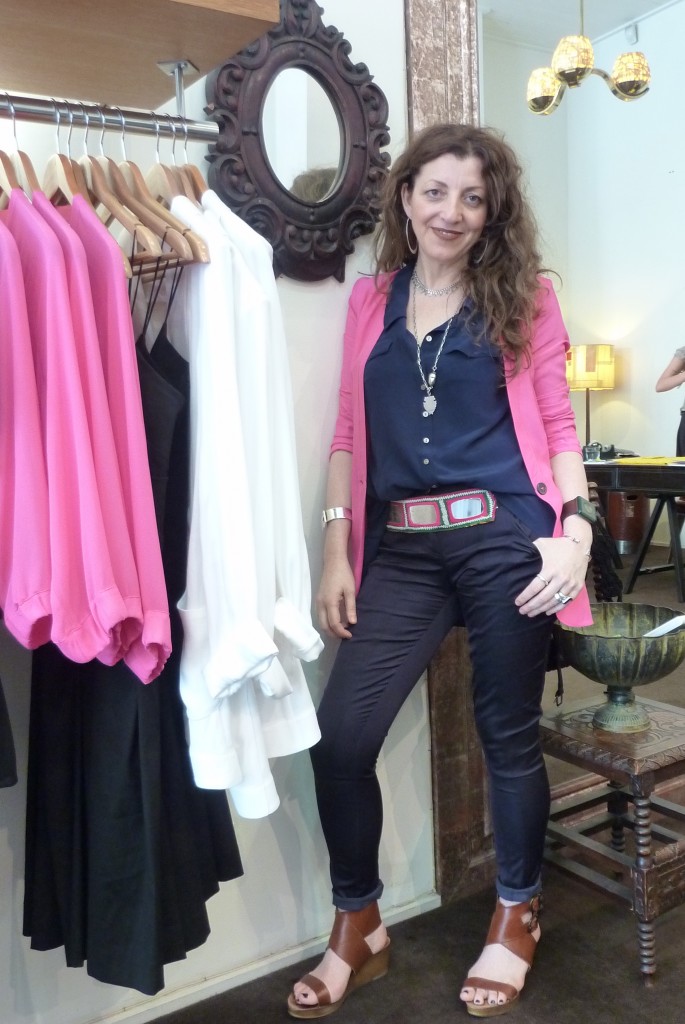 This season’s range caught my eye, not only because of its superb quality, but it features many pieces that are perfect for lounging about a pool party or glamorous BBQ over the summer holiday break. And that’s precisely  what Teresa had in mind when designing this collection. ‘One of our philosophies is “everyday luxury and effortless beauty” and that really sums up the summer collection particularly well,’ she said.

‘I do follow trends, but I also like to make sure the clothes are wearable and really useful. I want people to wear the clothes. I don’t want them to just admire them. I want to feel like they’ve got something beautiful on. That sums up where the summer collection is coming from.

‘When I’m designing, I look at every piece and if it doesn’t follow our philosophy of everyday luxury and effortless beauty, then I won’t go ahead with it. I want that divine feeling of summer, where there’s a sense of ease and being relaxed.’

‘The pieces are floaty but sporting at the same time,’ she said, warming up to her subject. I was glad I was taping the interview because my pen couldn’t have kept up with her delightful enthusiasm. ‘I’ve got a few characters in my head when I’m designing and one of the characters is a tomboy, even though the pieces are ultra-feminine. I like that sort of attitude. A bit 1940s elegance, a bit Katherine Hepburn, although I’m loathe to use her name because everyone uses her as a fashion icon, but she is, so what can you do about it?’

Let’s take a look at some of my favourite pieces from the range that are in store right now. With a bit of arm-twisting, I managed to persuade Bonnie, the Chapel Street store manager, to model for us and doesn’t she look stunning? 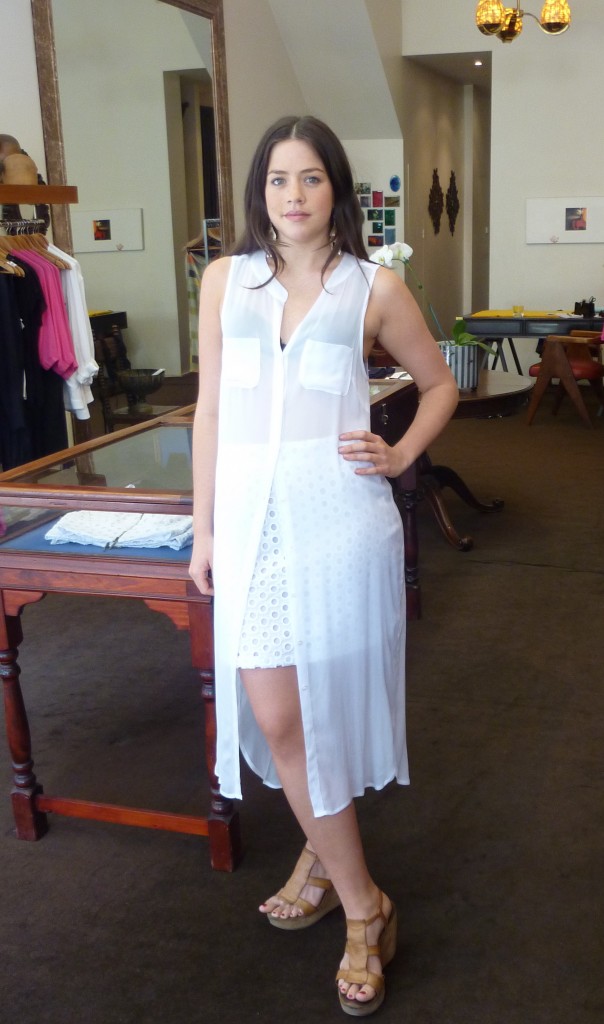 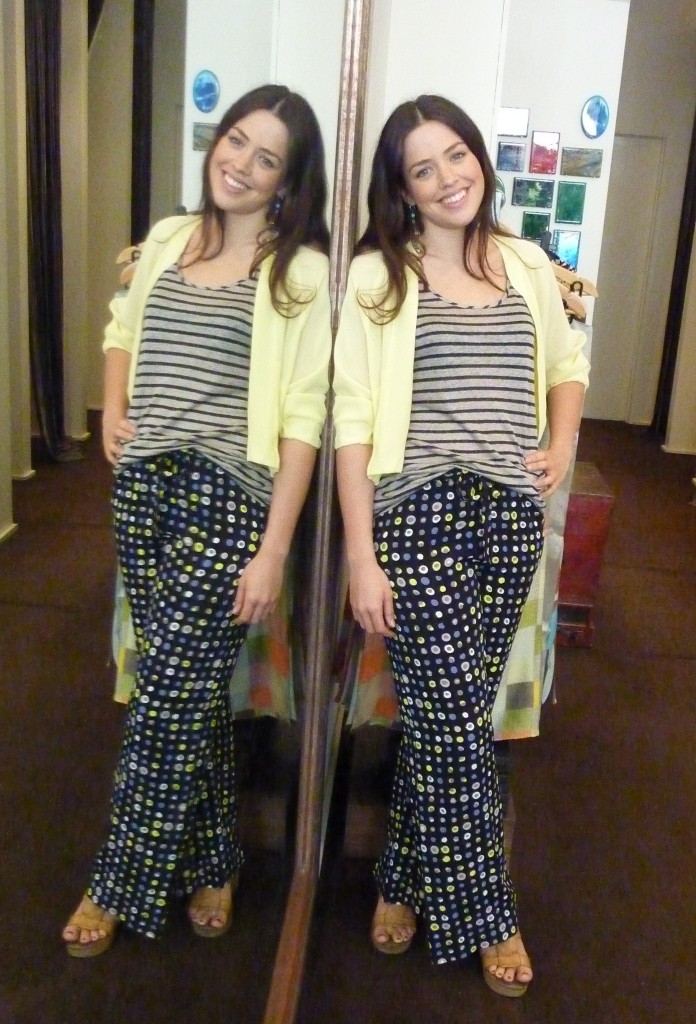 Teresa explained more about the T.L.Wood range between outfit changes. ‘If girls have a sporting edge to their style, there’s something very cool about it. It’s almost aspirational when they’ve got that sporty, tomboy relaxed look. If you can go to an event and feel stylish but like you haven’t tried too hard, that’s when you have the best time. And we’re obsessed with the cut of our pants, so they’re really well-shaped and flattering. They’re comfortable but look great.’ 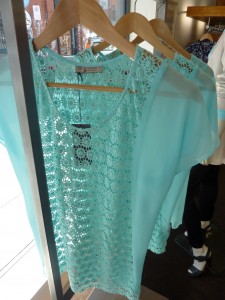 Beautiful fabrics are critical for Teresa, who says all her pieces are made in Australia. ‘They’re not mass-produced,’ she explained. ‘Which is fantastic because it gives me lots of scope to re-invent the collection the way I want to. It means I can experiment and play, because I’m not limited like a lot of designers who manufacture overseas.’

I asked Teresa whether her ‘relaxed’ style was one of the secrets to her survival in the competitive fashion industry. ‘I think I’ve always been very relaxed,’ she said, smiling. ‘That’s because designing feels very natural to me. It isn’t an effort.’

‘And I spend a lot of time on the shop floor, so I’m very close to my clientele. Because I’m close to them, (and I’m probably T.L. Wood’s biggest customer – I wear it ALL the time) I actually enjoy dressing them and that inspires me to move ahead with the next collection. Our commitment to fit and quality are the key elements to T.L. Wood and I think that’s why we have a loyal customer base.’ 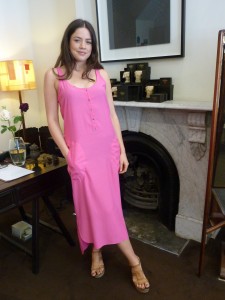 And while T.L.Wood has a website, Teresa says they no longer sell on-line.  ‘I prefer shopping in-store myself and when customers come here, we help them put outfits together. There’s a lot of styling advice which you can’t get on-line. We’re really in to service.’ 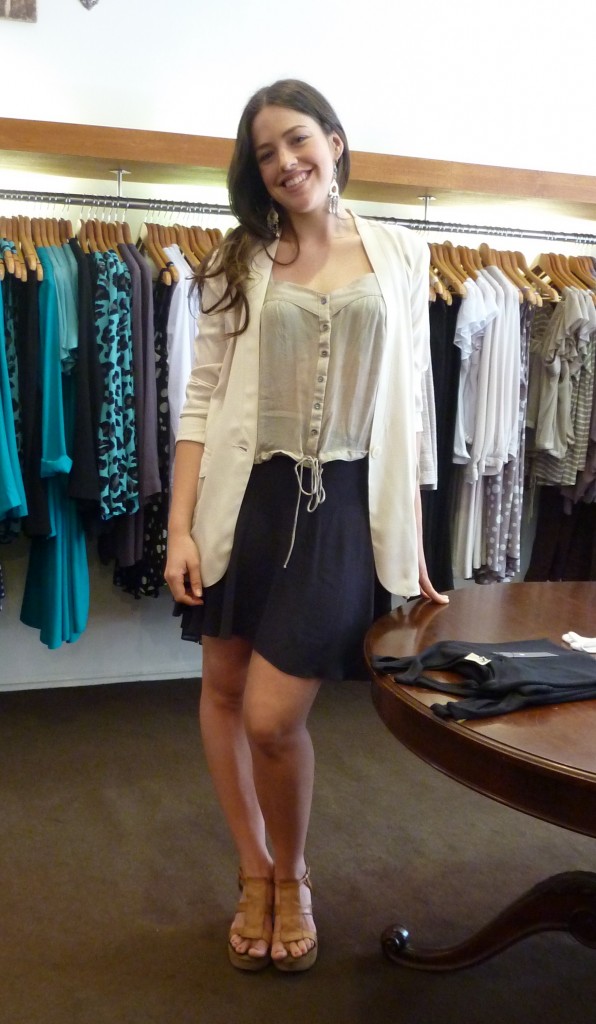 Luckily, the impact of internet shopping has had little effect on T.L.Wood’s sales figures. Teresa says there was an impact though at the time of the GFC. ‘People were being more careful with their money. I stopped being so frivolous with designs and made sure everything was really wearable and versatile. I shifted my thinking more towards what is real. But my customers have grown up with me. A lot of them bought their school dance dress from me!’

And here’s something REALLY important to note about Teresa’s clothes. Following on from my whinging blog last week about the exorbitant cost of dry-cleaning, 99% of T.L.Wood clothes are washable!!! How cool is that!

SPECIAL OFFFER TO BLOG READERS: Plus if you visit the store this week and mention you’ve read this Blog, you’ll receive a THIRTY PER CENT DISCOUNT storewide. A huge bonus! Happy shopping. 🙂 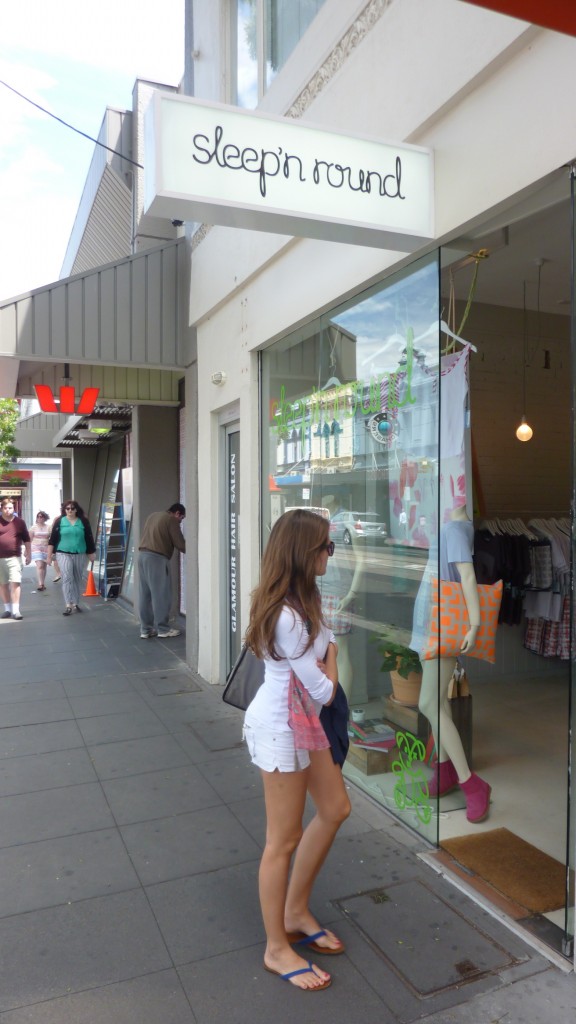 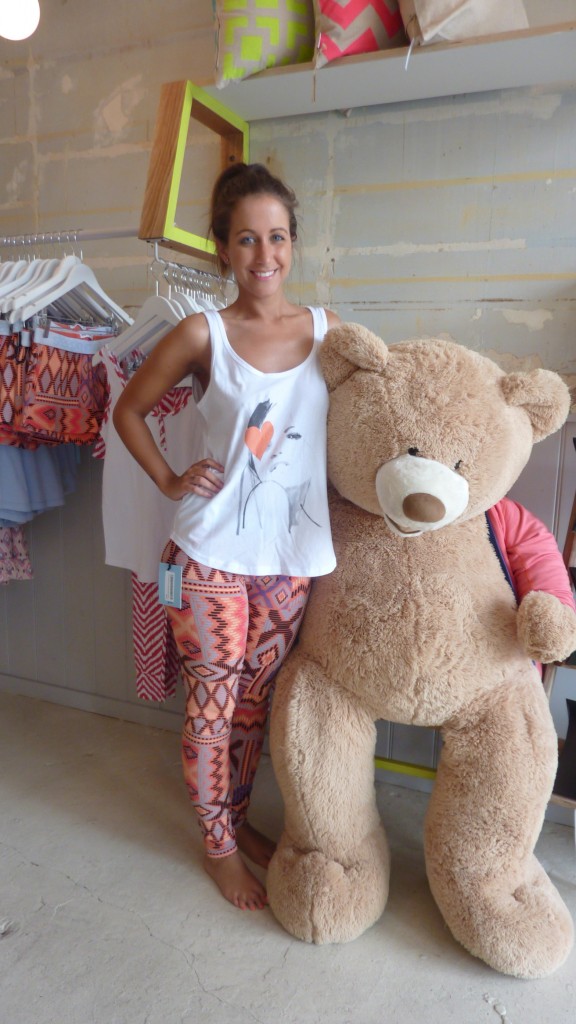 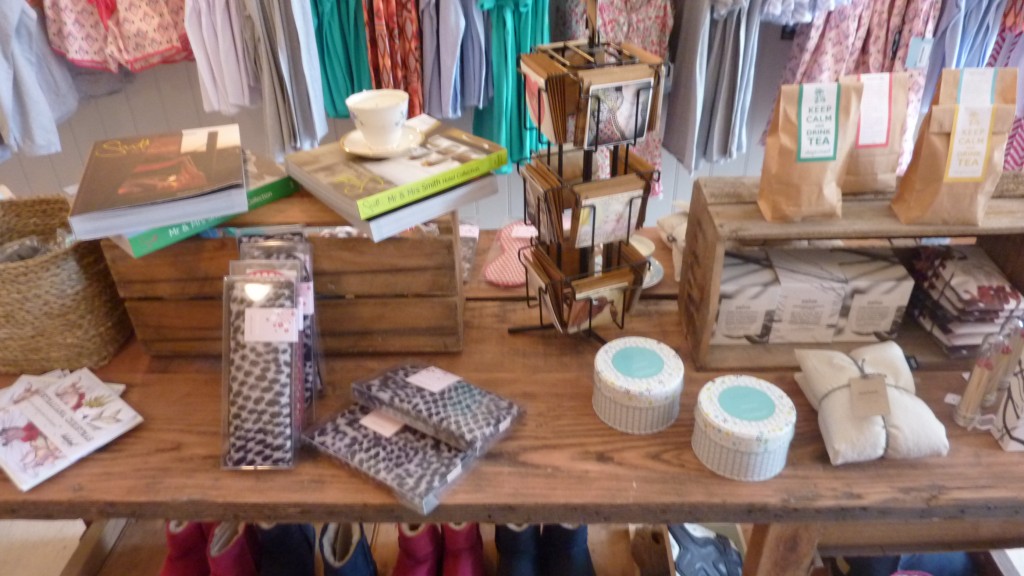 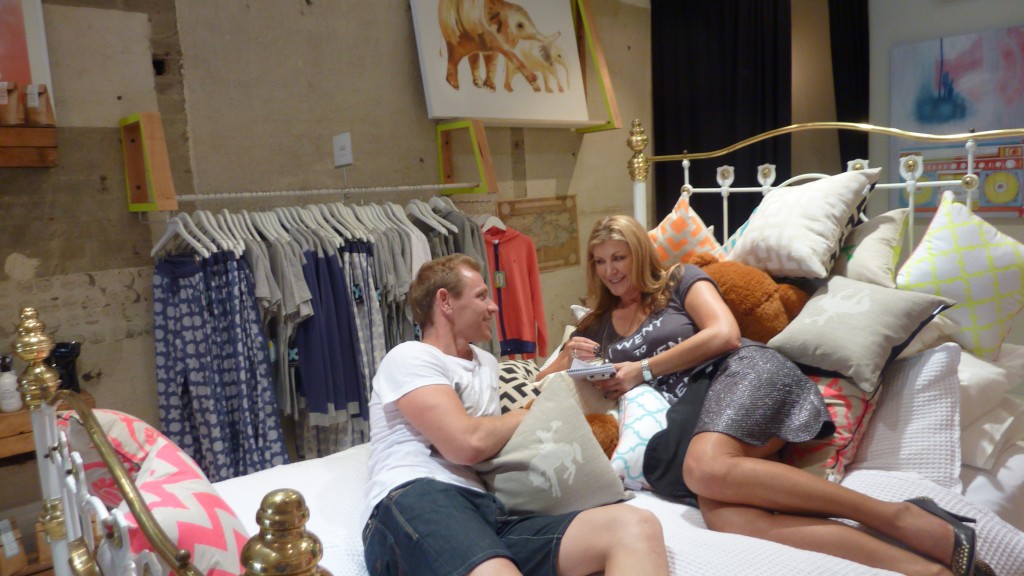 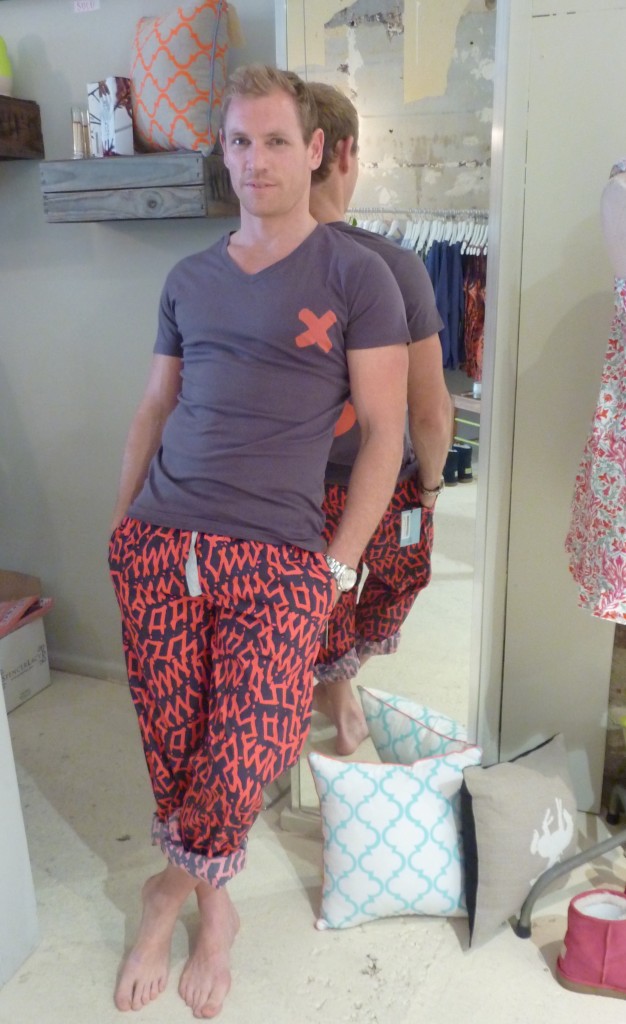 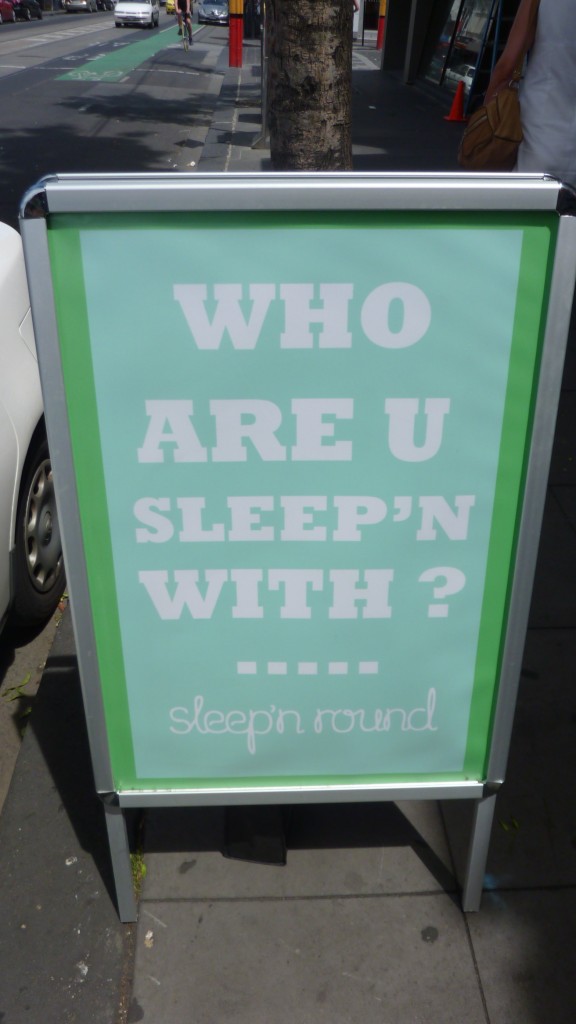 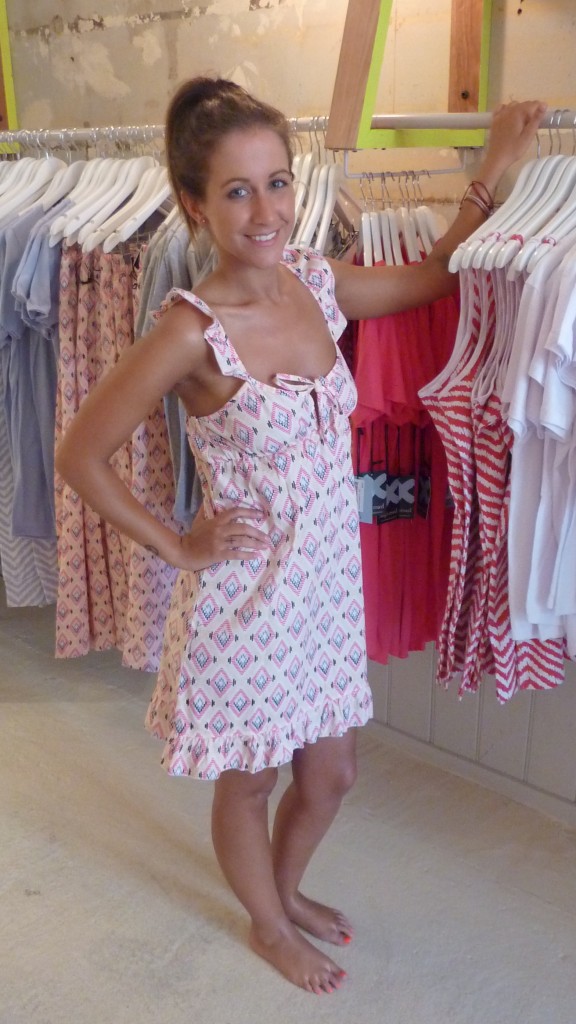 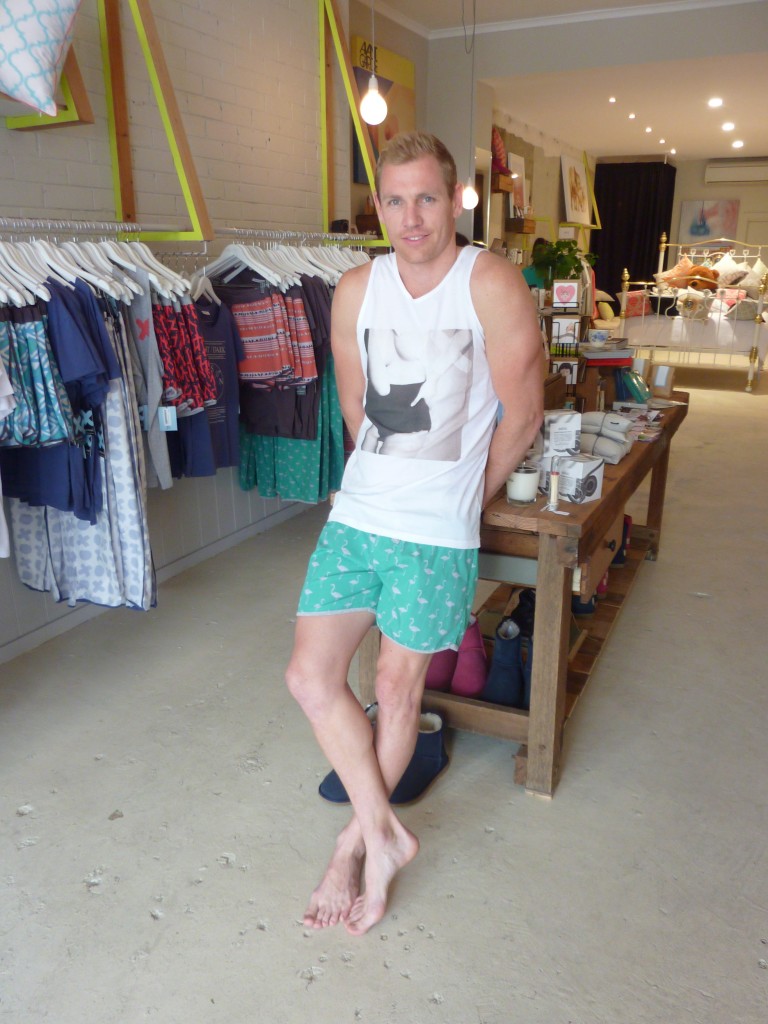 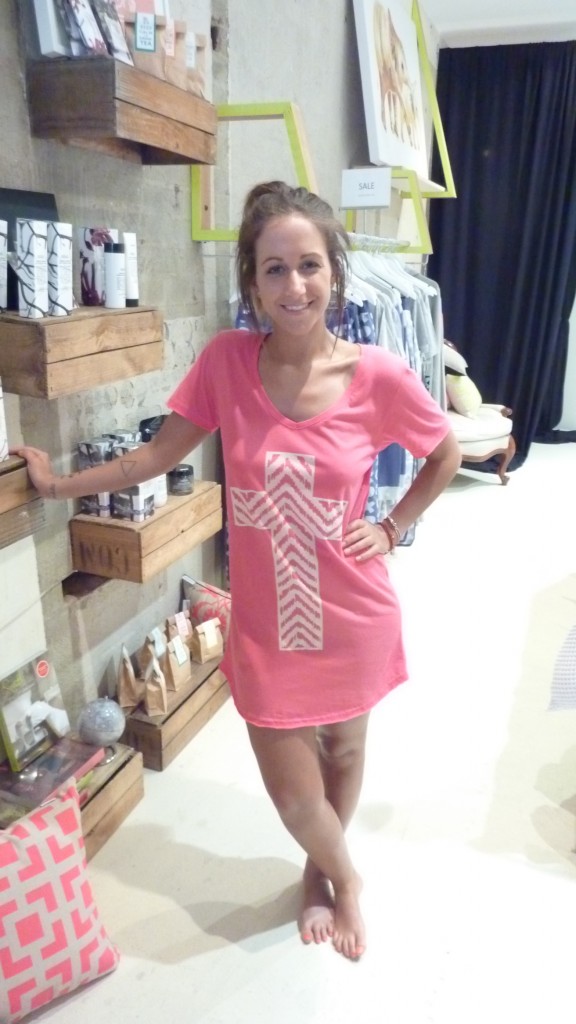