Some women might get suspicious. Imagine the scenario. You’re on holidays with your husband and then suddenly he disappears for hours on end – mostly unable to be contacted. This happens again and again. Mostly in the evenings and sometimes you wake in the mornings, and he’s no longer in bed. Vanished again, for God knows how long…

Me though, by now I’m pretty used to it. And there IS a reasonable explanation.

Fletch has long held a passion for photography. In fact, some of you may not know it, but well before and during the first few years of working on Neighbours, Fletch also worked as a professional photographer, taking head-shots of other actors.

In fact, when I was writing for newspapers but wanted to break into the world of electronic media, I booked in with Fletch to take a headshot of me. This was before we’d even started dating.  Funnily enough, we never did THAT photo shoot as a newspaper photographer I worked with kindly offered to take my headshot for free, so I cancelled my session with Fletch – not knowing that in the future we would end up married. 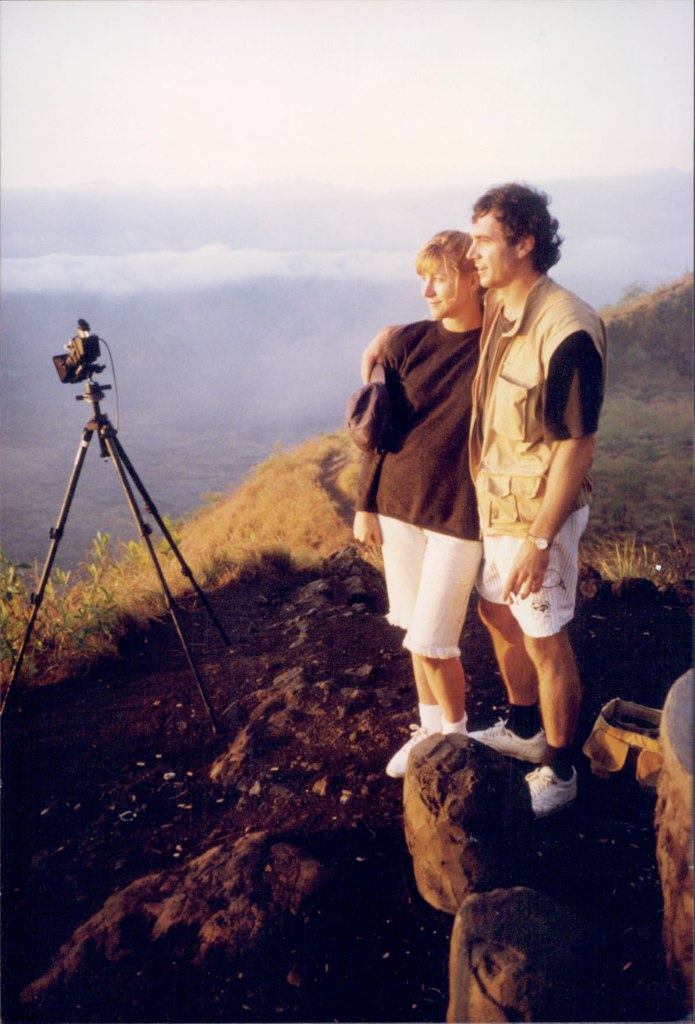 Then, after dating for more than a year, we planned our first overseas trip and went to Bali for three weeks. Little did I know that Fletch had decided if we could also travel well together, he’d propose. I think he wanted to test me for patience too. Patience with putting up with his need to pull over the car at any moment to set up his photography gear to take shots. That took FOREVER. Like when we climbed to the top of Mount Batur for a sunrise shot about twenty-three years ago… I didn’t mind that so much. It was the daggy mustard-coloured photography vest he wore that drove me insane. I hated it. Threatened to throw it out several times but he’s still hoarding it. Ewww….

These days, it would take a lot to get me out of bed at FIVE AM. I’d usually say the same for Fletch, but on holidays, he’s as keen as ever to conquer new photography heights.

Here in Lorne, I must admit he’s taken some beauties. This is my favourite so far:

Then there’s a sunrise…

And a stunning snap of the Cora Lynn Cascades.

Just for fun, I thought I’d tape a quick interview with Fletch. In all our years together, I’ve never interviewed my own husband. The concept amused me. Here’s how it went:

Jen: But what keeps your out there for hour after hour? Don’t you get bored?
Fletch: No, because particularly with nature photography, you’re communing with nature and connecting with nature as well. You’re not taking photos the whole time. Often you’re just absorbing the scene and working at how you feel about it.

Jen: And as you said people can get in the way, like when we were at Erskine Falls yesterday and you needed the platform to be completely still and tourists kept jumping on it. That must be so irritating. Did you want to hit them?
Fletch: No. Everyone is entitled to go to these beautiful places. The idea is to go to these beautiful places when not so many people are there.

Jen: Are you going to have an exhibition of your works?
Fletch: I’m not planning one. 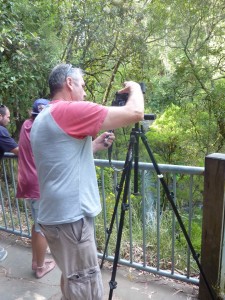 The photographer at work.

Jen: Well what’s the point in taking so many thousands of photos?
Fletch: Well, you can develop a reputation as a photographer commercially without having exhibitions. And there’s a deeper satisfaction. It’s like fishing. Some people fish just for the thrill of the catch and then thrown the fish back while others make a living out of it. I’m more like the fisherman who throws the fish back. I do it for the love of it.

Jen: Do you think you might one day be better known as a photographer than an actor?
Fletch: Yes, that’s possible because people have very short memories. As an actor I’ll probably fade away quite quickly.

Jen: Where’s the reward with the photography then? Is it when you get that zinger shot?
Fletch: Of course.It’s exactly the same as for a writer.

Jen: So self-satisfaction is all you need?
Fletch: There’s all sorts of satisfaction. There’s commercial satisfaction when someone buys what you’ve written, but there’s also the pure joy of creating something yourself. Like for an artist – a pure piece of pottery or jewellery. For me, it’s a photograph that is purely my interpretation of a moment in time that contains your heart and soul.

Jen: Yeah, you’re right. Maybe I should take up photography too, so we could see more of each other?
Fletch: That would be a good idea. Photography and golf.
Jen: That might be a bit much.

Well let’s see if I have any natural talent. Here’s two shots of the same scene – one by Fletch and one by me. Guess who took which shot? 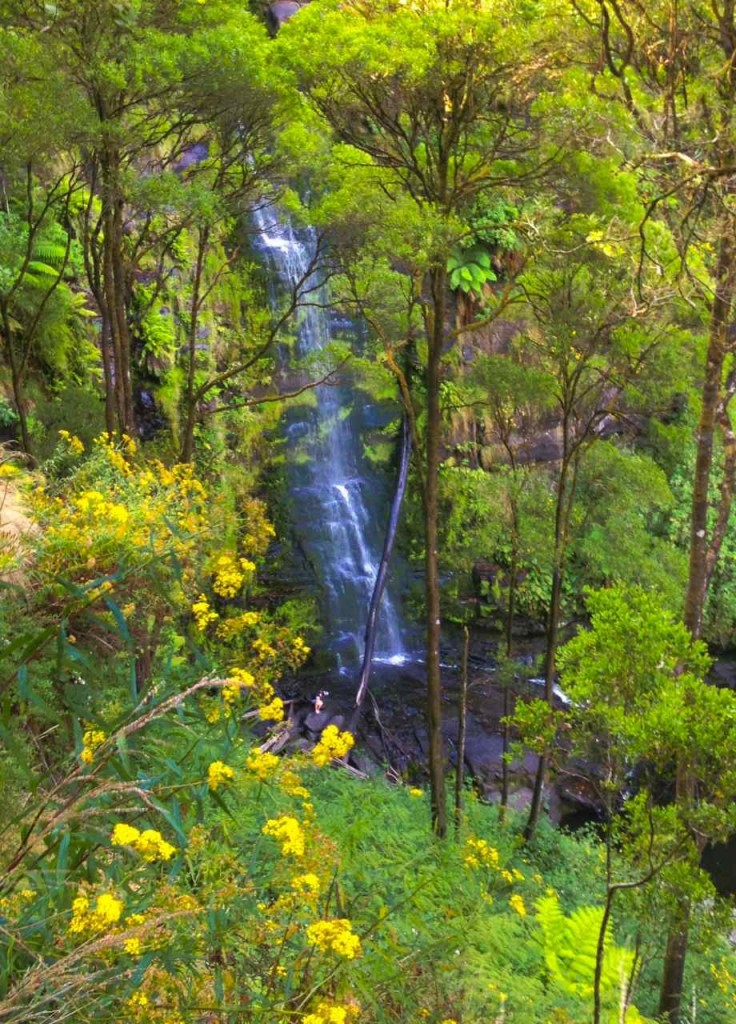 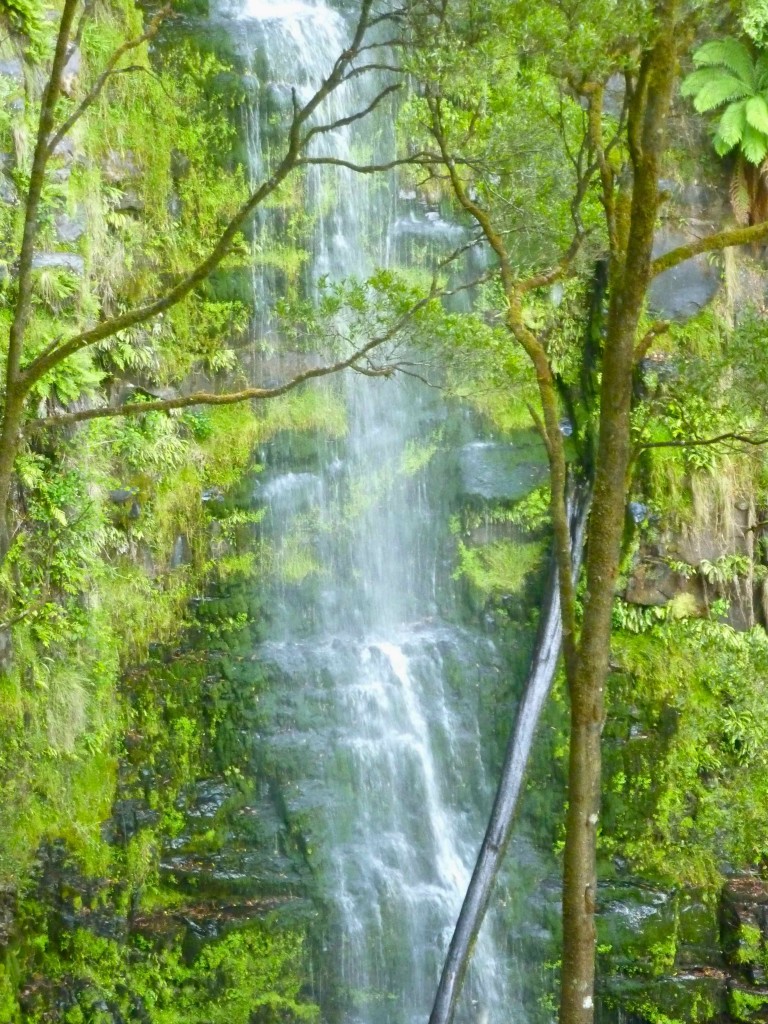 Yep, I bet you picked it. Fletch’s shot is the winner on the right. Guess I’ll stick to writing. And ask him sweetly when I need new photos for the Blog.