So it’s ONE WEEK since I bared my soul and told the world my FIVE New Year’s Resolutions. Yes, even the embarrassing admission that I really had to give up playing time-wasting games – like DRAGONVALE of all things – on my I-Phone…. (Can someone else out there please confess so I don’t feel like a total loser!!)

To keep myself accountable, I promised weekly updates – which I’ll do until I feel I’m beyond temptation and have conquered my issues, or that I’ve broken so many of them, I have no choice but to thrown in the towel.

Here’s how the past week went:

RESOLUTION UPDATE
(1) Sugar free challenge (apart from wine) – to stick to the ONE LINE RULE diet.
So far so good. Despite all the temptations at this wonderful holiday location, Lorne, I have not eaten ONE lolly, cake, biscuit or ice-cream. The family haven’t been any help whatsoever – continuing to order muffins and crepes in front of me… so much for support. Just an hour ago, they bought smoothies and I was hit with a huge case of food envy. It was driving me nuts, so I relented and ate two pieces of sugar-free dark chocolate. Which is not great as that just perpetuates the craving for sweet treats. At least it wasn’t REAL chocolate!

I don’t think I’ve necessarily lost weight, but that’s not the real goal. Emma Dumas, the queen of the anti-sugar campaign (see Blog post December 19) insists the weight will come off, but says the health benefits are more important.

I will persist! And yes, I get a tick for keeping to my ONE LINE RULE diet for the first week of the year. 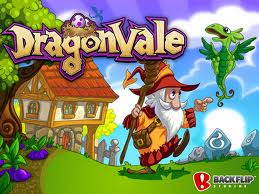 DAMN! I sort of broke this resolution yesterday… When I say ‘sort of’, I mean I didn’t play a game on my I-phone, but I DID play a game on Fletch’s I-pad!! So definitively, I did keep my resolution, but specifically – in terms of playing electronic games – I broke the rule. What happened is that Fletch had gone out on a VERY early morning photo shoot. When I woke, I noticed his I-Pad was on his bedside table, so I reached for it, to check the weather forecast. Unfortunately, I hadn’t deleted the Dragonvale game from his desktop, (as I had with my I-phone) saw the Icon, and without thinking, opened it and started playing. Naughty, naughty me!! A big bad cross for breaking this resolution. I will now go and delete the game from his I-Pad. Sorry.

(3) To tidy my office before the end of March.
Well of course you know I’m on holidays, so that just isn’t going to happen this week, is it????

(4) To go to the gym at least 3 times a week.
The disclaimer on this resolution, was “except for when on holidays” , so again I can give myself another tick for this one without thinking. Although I have done a decent bush or beach walk every day while here, so I think I’m doing okay in the exercise stakes.

(5) To NEVER smoke another cigarette again.
I really gave up smoking last year, but there were several occasions, maybe half a dozen? – (alcohol was usually involved) where I DID light up. I don’t want to have even ONE hiccup this year. So far so good. A big tick for Resolution Number Five in Week One.

Overall, checking the scorecard – that’s four ticks out of five at the end of week one. And I only played Dragonvale once. I promise. But next week I’m aiming for five out of five. After all, it’s not like I’ve set the bar extraordinarily high… How have you done with your New Year Resolutions this week? Let me know – I’d love to hear your stories.

2 thoughts on “ONE WEEK ON – Have I Kept My FIVE New Year’s Resolutions?”