Generally speaking, I reckon men are more competitive than women. And sometimes, you even find that within relationships, couples can be competitive with each other. I’d never thought that about Fletch and myself – UNTIL TODAY.

There we were, happily enjoying some ‘time out’ – kiddie free – down along Victoria’s surf coast with my brother and sister-in-law. Early this morning, Fletch rose at dawn to take some photographs along the beach. Sunrise shots are his specialty. You may remember a few of his picturesque snaps from a blog I posted at Lorne last week. I stayed in bed and was probably snoring when he twisted his ankle among the rock pools.

We waited for him to return so we could ‘go out’ for breakfast. By the time he got back, I was starving. We decided to take a stroll through the scrubby bush lining the cliffs, down to the Anglesea Life Saving Club, where they’re renowned for dishing up a killer brekky. Fletch said his ankle would be fine, that it wasn’t ‘too bad’. Watching him power ahead of Penny and myself, I believed him. He likes to be the fastest and lead the pack. I’m used to that and didn’t think much of it.

After we arrived at the Life Saving Club, we sat on the decking, over-looking a sweeping view of the Anglesea beach. The tide was out, leaving a glassy expanse across the foreshore. While sipping on a latte and waiting for my eggs and bacon, I took a photo of my own and posted it on Instagram. It looked like this: 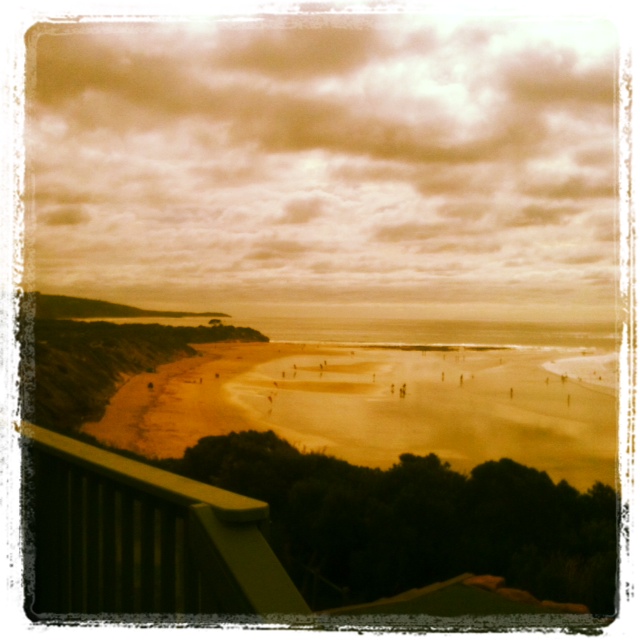 My photo of the Anglesea beach

Now, it’s a little over-cooked. I know, I know… My excuse is that we were sitting in the sun, and as you’re all probably aware, trying to peer into the dark glass of an I-phone to see ANYTHING on a sunny day is practically impossible. Fletch looked at it and nodded silently. Knowingly.

Next thing I know, he’s grinning as he also takes a shot and posts it on Instagram. His photo is,  OF COURSE, infinitely better and looked like this: 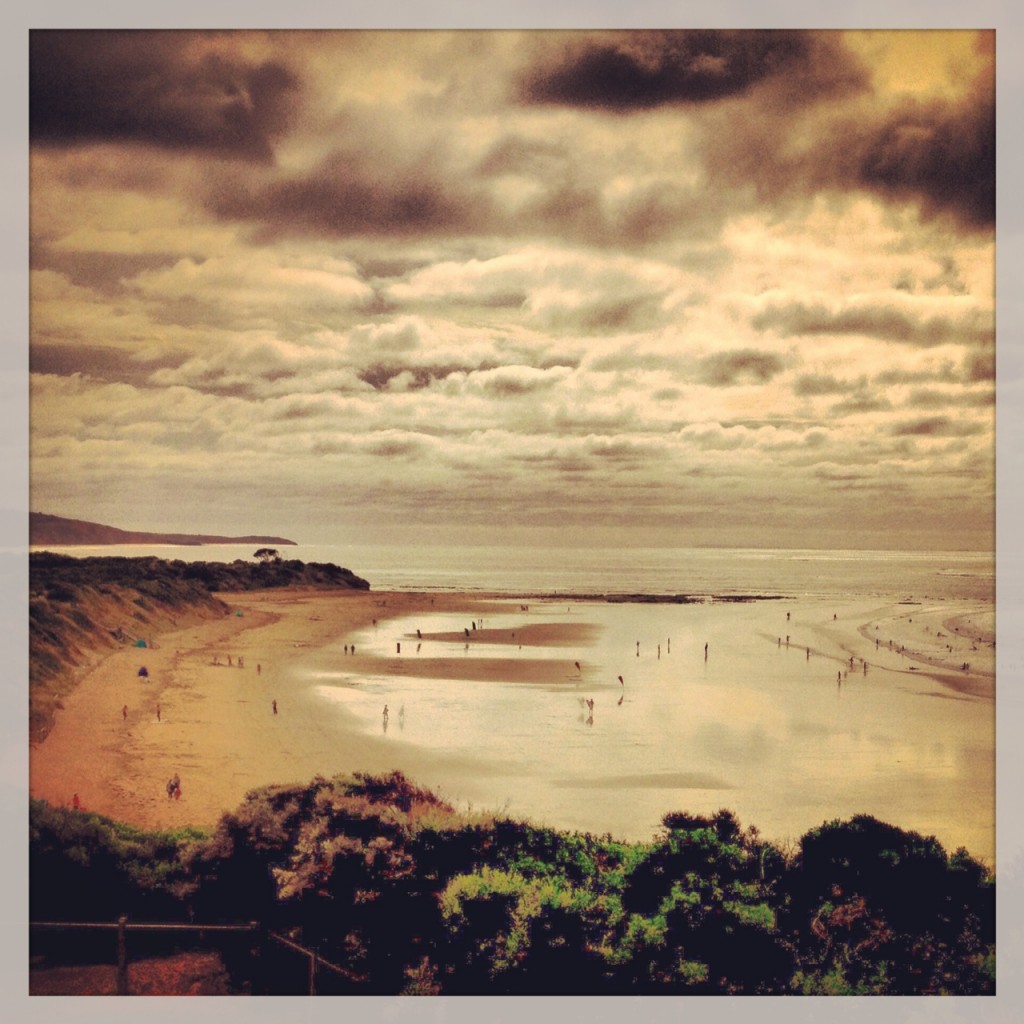 Remember too, that he IS photographer and has dozens of special ‘Apps’ on his I-phone that I am blithely unaware of, so his creative powers are naturally, going to be far superior to mine. My eggs arrived. I felt I may as well wear them on my face after he’d shown me up on Instagram to be a failure. But it didn’t quell my appetite. I stuffed myself and the eggs were delicious. As were the mushrooms.

After finishing up, we walked back home along the beach and I spotted a row of fence posts that screamed artistic potential. ‘Great,’ I thought. ‘Now I can show the world what a brilliant photographer I am!’ And I took this: 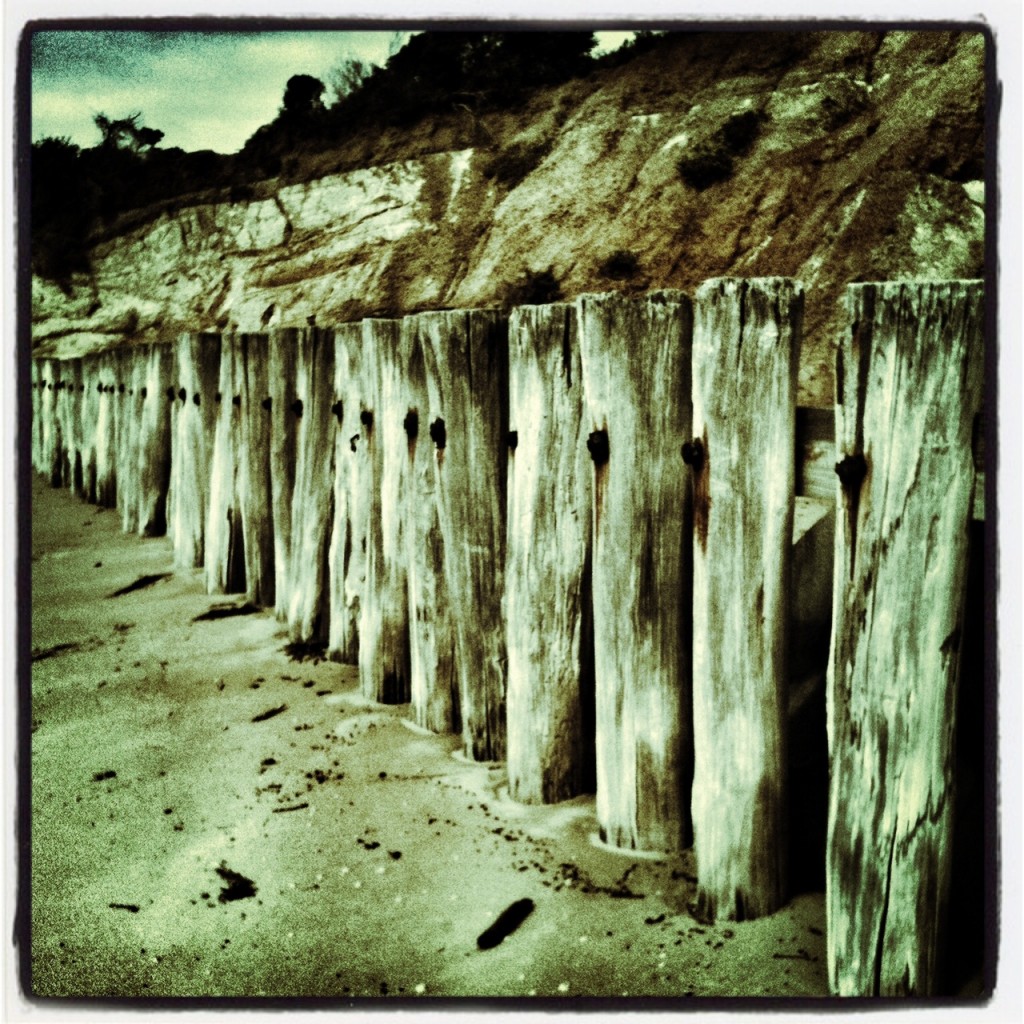 My photo of beach fence posts

I took more time with the effects and was quite chuffed with the results. That is, until Fletch saw my photo and then ran back to the fence posts. I watched in disbelief as he snapped away, knowing what he was doing. For the second time he wanted to prove to the world that he is a better photographer than me by shooting the SAME subject matter. Here’s his picture: 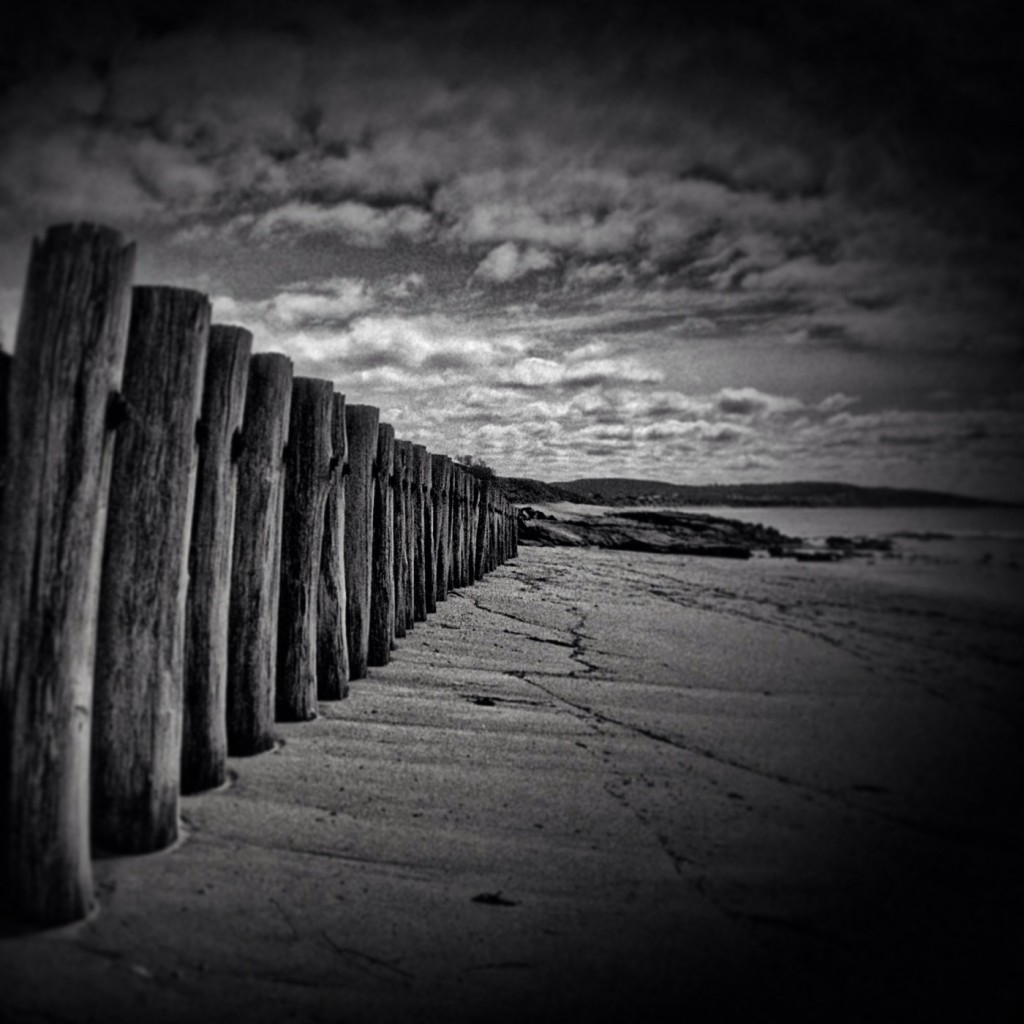 Humph! Quite frankly, I think it’s a bit over-the-top. A bit melodramatic – don’t you think? But damn him, yes, it’s STILL stacks better than mine. Then I remembered him striding along the bush track to breakfast, trying to keep ahead of the girls, despite his twisted ankle. It suddenly dawned on me that he is one helluva competitive bloke.

I’ll say it again. HUMPH! You’ve seen the photos. You be the judge.

But come on – we all KNOW he’s a better photographer than me. I mean, just take a look at these shots he took at sunrise: 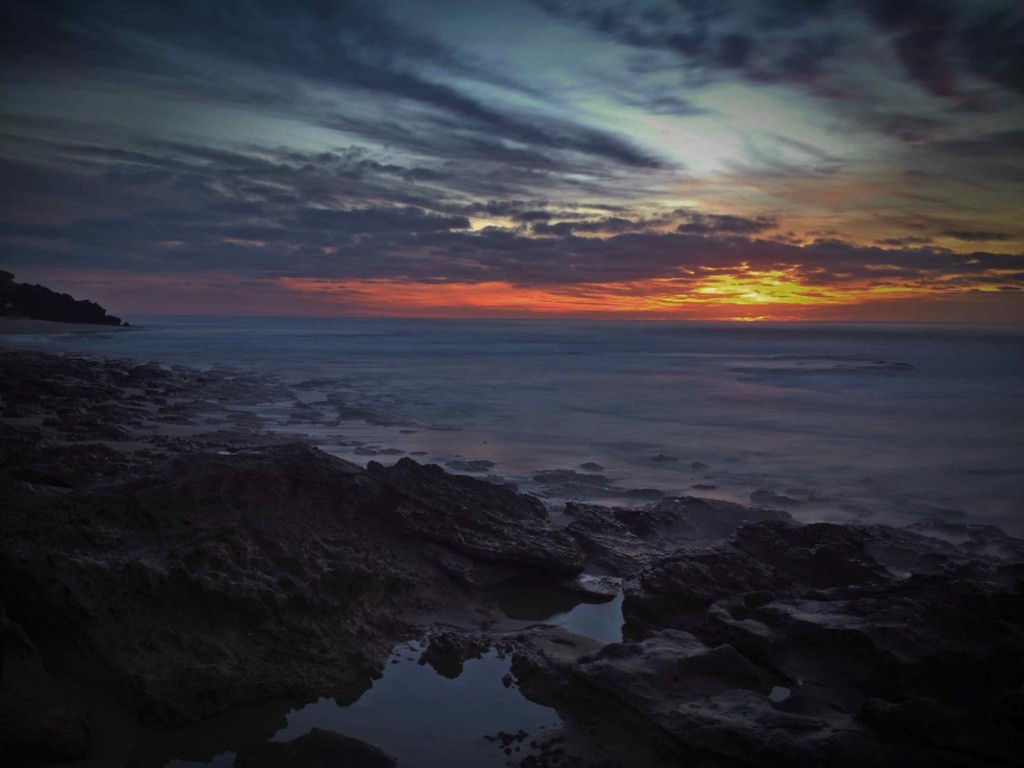 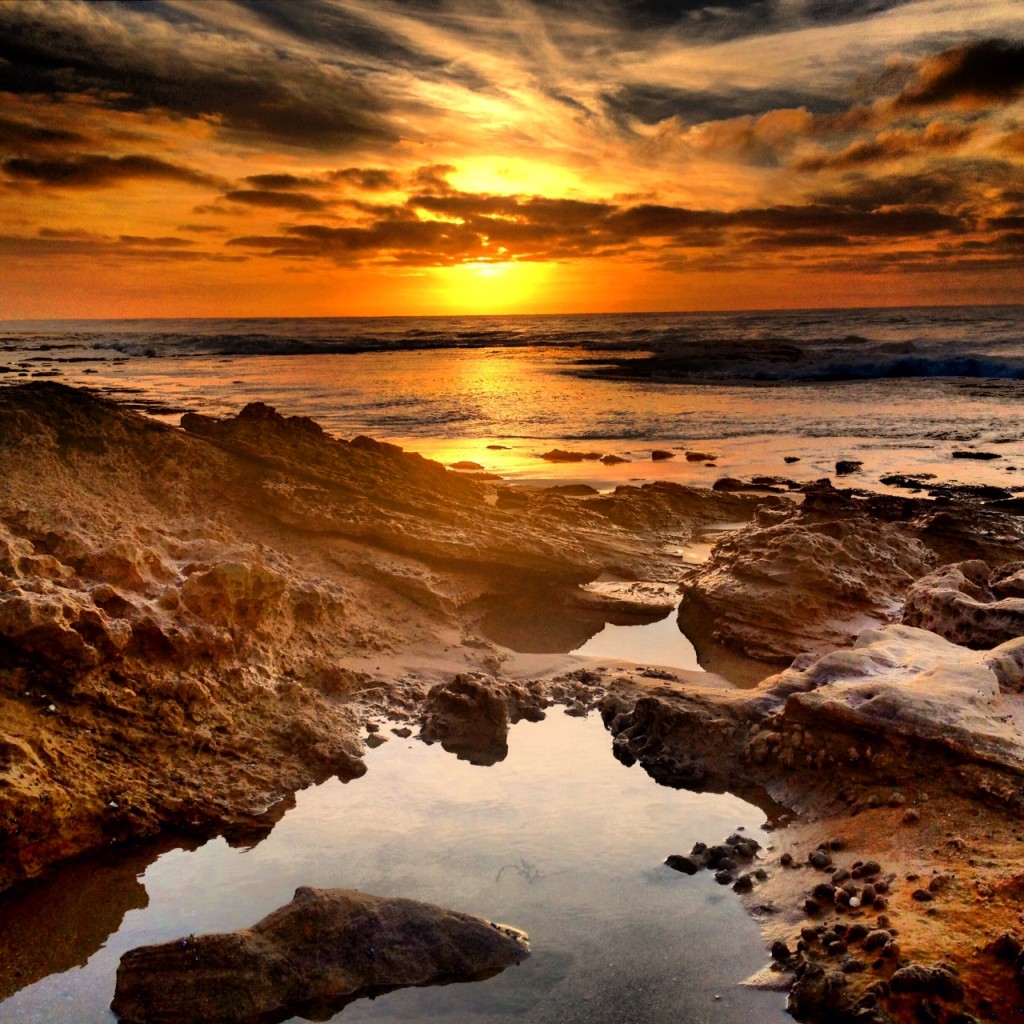 Sunrise at Anglesea – by Alan Fletcher

That last shot is my favourite. It’s pretty impressive.

So there you go, Fletch – you win. As you lie on the couch with ice on your swollen ankle, moaning, I tell you – you ARE a better photographer than me. Can you just stop copying my Instagram shots to show me up??? Thanks.

And by the way – here’s one shot I snuck in at the Life Saving Club that you DIDN’T get to copy: 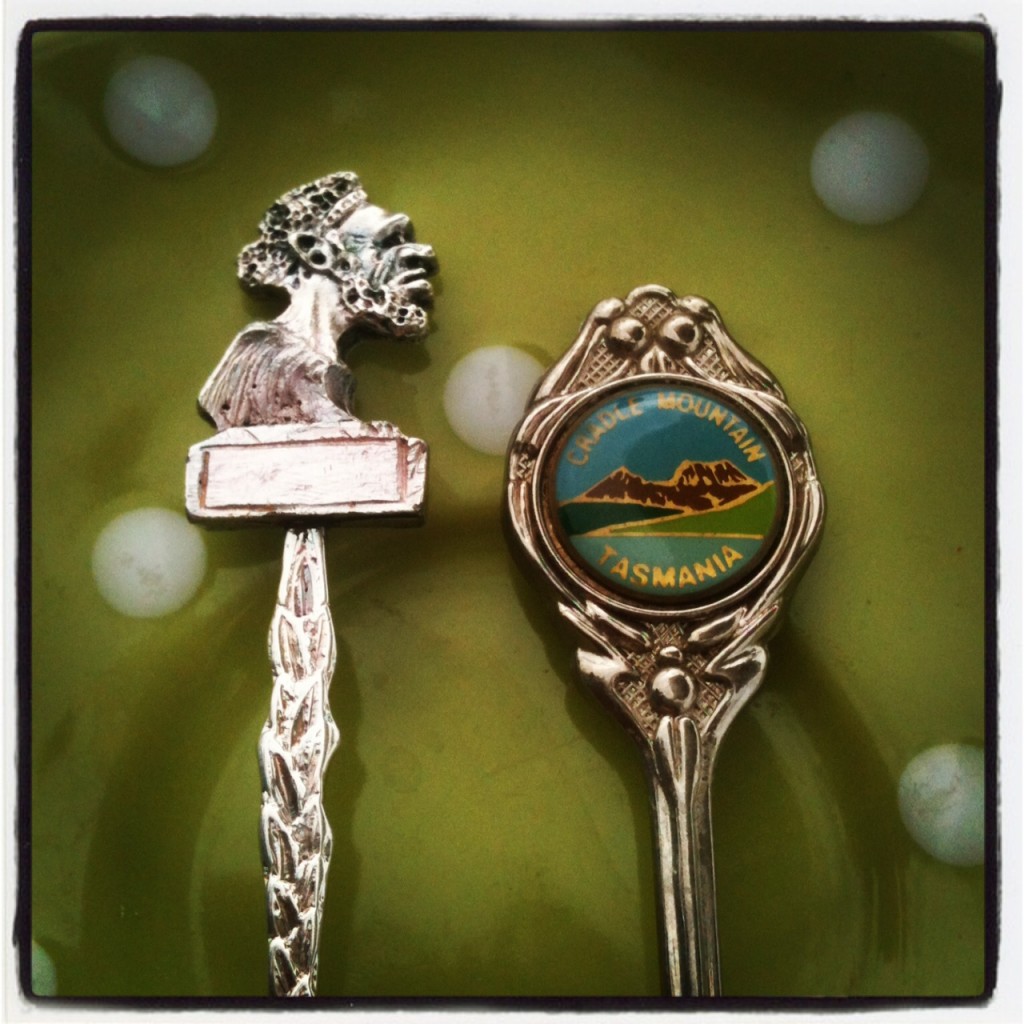 My photo of classic teaspoons

Yep, all the teaspoons at the cafe are vintage classics – all different and probably sourced from Op Shops all over. I love them – their detail and craftsmanship – that each one has it’s own story and a past life.

So there, Fletch – bettcha jealous now.