Sorry, but I’m too busy right now to write a ‘proper’ New Year’s Resolution update. I’m getting bored with the whole concept too. Twenty minutes till the official end of the day though – so I might just squeeze in a mini-update so I can feel I’ve stuck to the program. To some degree anyway… 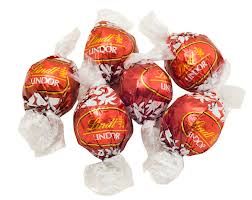 (1) Sugar free challenge (apart from wine) – Not good. I found an open box of Lindt chocolates one night after drinking wine, (which of course drastically reduces one’s will-power) so I scoffed what was left in the box. Which was about four of those scrumptious round balls. God, they tasted good. FAIL.

(2) Not to play I-Phone Games – No Good. I couldn’t sleep one night so downloaded Spider Solitaire on to my I-phone at 2am and played that for about half an hour. And I haven’t deleted it yet either. FAIL

(3) To tidy my office before the end of March – Not yet. But I still have time. An easy TICK for this one.

(4) To go to the gym at least 3 times a week – YES!!! I have a new trainer who I have to meet twice a week at the gym and this is fabulous. I’m going to introduce you to Ross tomorrow. Plus I did three spin classes and have lost half a kilo. I think it was the Lindt balls that did it. TICK.

(5) To NEVER smoke another cigarette again – I actually felt like one this week for the first time in ages. On several occasions. I think it has something to do with stress????? But I remained strong and did NOT smoke. Big TICK.

Overall, checking the scorecard – that’s three ticks out of five at the end of week six. Not brilliant, but hey, I’m only human after all…