Physically speaking, I’m naturally a lazy person. I’d much rather sleep in and eat ice-cream (from the tub) for breakfast-in-bed, while reading a book, than get up and go to the gym. Especially if I’ve had a late night writing – my favourite time to tap out words.

Most mornings I get up early to take the kids to school. (Unless Fletch doesn’t have an early start on Neighbours, but that’s a weekly negotiation…) After dropping them off, I love the idea of going back to bed and snuggling back under the doona for maybe an extra hour or two… but that’s just a fantasy. I think I’ve only actually done that about twice in my life. Maybe three… 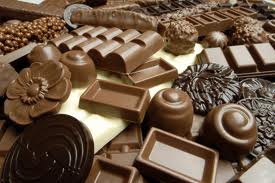 Instead, I try to head to the gym after the kids drop-off and before work, but last year things went awry. My weight ballooned after giving up smoking, and then a neck injury meant I gave up working-out. Plus I was eating WAY too many sweet treats. Of course it became harder to keep the fat at bay.

Luckily I began the Cool Sculpting process in late October – more as a Blogging exercise really – to see if this freezing process would help get rid of my burgeoning muffin-top. Each week I went along to the Liberty Belle Clinic for a photo update and JOY, OH JOY, it actually WORKED! (check out the weekly updates, starting from October 30th last year   http://wp.me/p29YsS-kK  )

This inspired me to get back to the gym and try and fix the rest of me. God knows I’d like to get rid of those orange-peel flabby underarm bits…. Yet still, I was pretty half-hearted about the whole exercise regime, so decided I needed someone to motivate me. Someone I could be accountable to.

I met Personal Trainer Ross Sheridan at Fitness First in Brighton several months ago. He looked like one of the fittest guys taking people through their workouts, plus he had a lovely manner about him. I didn’t want anyone screaming orders at me like a boot camp major. So I grabbed his card and promised I’d book in. That was last November.

Then a few weeks ago I ran into Ross at the gym (after dodging him for months) and couldn’t think of any more excuses as to why I hadn’t made an appointment. As we chatted, I explained how I needed to be accountable to someone PLUS the fact that I was easily bored by exercise. Ross came up with a great solution. I couldn’t afford to see him twice a week, but he was happy to divide my one hour session into TWO half-hour appointments, with me promising to do some cardio work – on the treadmill or cross-trainer – for the other half-hour. A perfect solution. This meant I would HAVE to turn up to the gym twice a week. At least.

I booked in on the spot. That was nearly three weeks ago and I’ve stuck to it. Lo and behold, this exercising PROPERLY business is already working!! 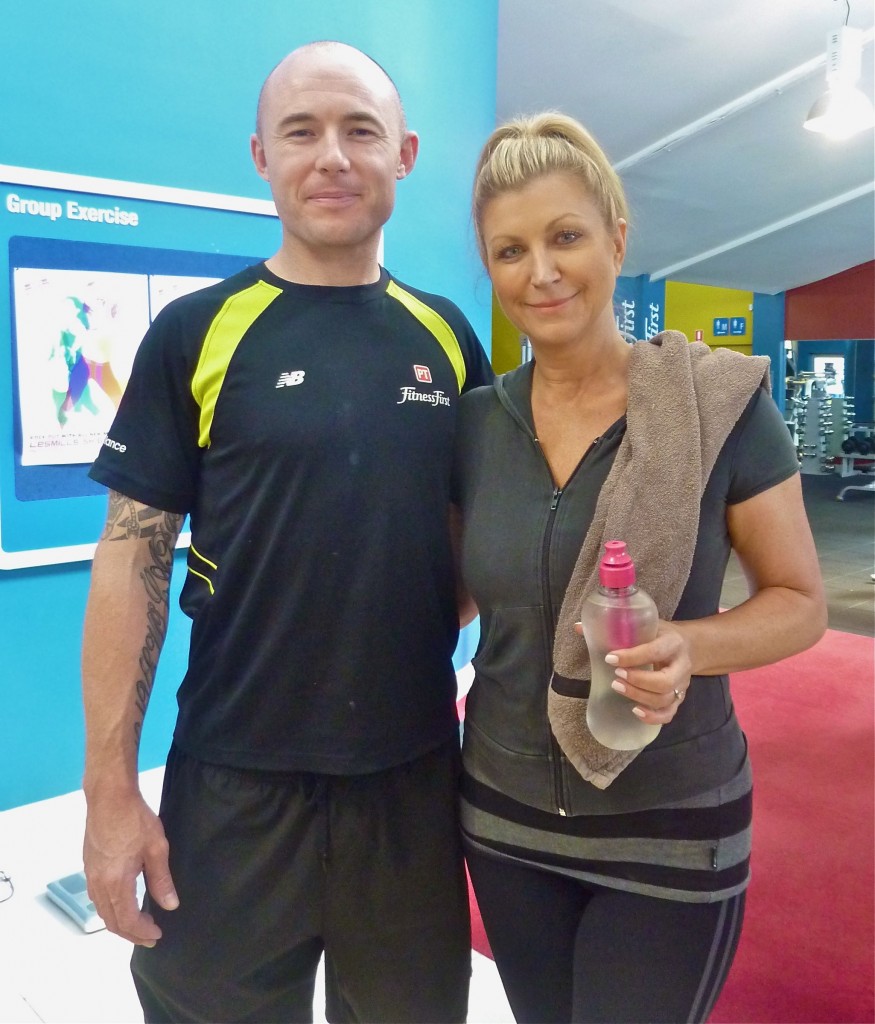 But things between us didn’t start off so great. This is NOT a bad thing about Ross. It’s probably more about me…. You see, the week I started with Ross, I started getting text messages quite regularly.

‘Great training today, Jen, keep up the good work!’
‘Have a great weekend and try not to indulge too much!’
‘Less drink, better food.’
‘Get ready for a big week of training!’

Now, I appreciate the effort and thought put into this and I recognise it helps many people stay on the straight and narrow, but it’s not for me. WAY too much. So I texted back.

‘All good. Probably don’t need so many text msgs though… Thanks anyway.’ Ungrateful cow, aren’t I?

But I thought it best to sort this out upfront before I became too peeved by it all and threw in the training towel. Ross was fine and explained that most of his clients like the additional motivational messages. I guess everyone’s different… 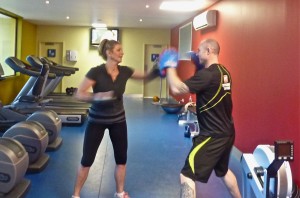 Now we’re getting into the hot and heavy stuff – BOXING. I’ve done this before and am loving punching it up again. It really works up a sweat. Ross reckons I’ve got a great right hook, so watch out. But I’m still pretty unfit and am exhausted at the end of every half-hour session.

I suspect part of the reason for Ross’ text messages is that he thinks I drink too much. Here, we have another point of difference. Ross DOES NOT DRINK ALCOHOL AT ALL. He hasn’t for 18 months. Which is highly admirable. But not for me. Ross is encouraging me to have more AFDs, (alcohol-free-days) which I probably need, so I am trying. One friend advised, ‘NEVER tell your PT how much you drink. He won’t know!’

Unfortunately, you’re wrong there, Mr M. At training today, I thought I’d omit confessing to the red wine intake last night. Nothing was mentioned about alcohol till right at the end. Maybe it was my lack of energy? Then Ross remarked, ‘Had a few last night, didn’t you.’ It wasn’t a question. I only had a few glasses, but still he knew? I think he might be psychic.

Ross has other talents too. He’s a qualified remedial massage therapist. AND he’s mobile. That means he has his own massage table and can come to your home.

What better way to have a massage, than to be able to fall into bed into a deep sleep immediately afterwards? He also does gift vouchers, which is a great idea. It might be a bit late to organise one for Valentine’s Day, but keep it in mind next time you’re shopping for a birthday or anniversary gift. So many people have all the ‘stuff’ they need these days, that an ‘experiential’ gift is often appreciated. And $80 for a one-hour massage AT YOUR HOME or at the gym is great value.

To contact Ross for either a personal training session or massage, email him at rosssheridanfitness@gmail.com or phone on 0406 331 697.

Ross has a special offer for new remedial massage clients. If you are a subscriber to this Blog and would like to book a one-hour session, he is offering a FIFTY PER CENT discount to the first TWENTY readers to email him. Enjoy.