Movies are always a favourite option when trying to amuse the kids during the long school holiday break. It’s a couple of hours of ‘time out’ – a chance to sit back and relax, take a rest from sibling squabbles, and hopefully enjoy some quality entertainment while stuffing yourself with warm popcorn.

If you’re tossing up which movie to take the kids to see this weekend, then I’d strongly urge you to choose Parental Guidance over Wreck It Ralph – a MILLION times over. And don’t listen to the newspaper critics. While I have enormous respect for them, in this instance, I disagree with just about all the reviews. 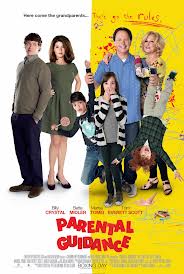 Ronnie wanted to see Parental Guidance, and despite one prominent critic giving it only ONE star, we headed off to the cinema anyway, because she loves a comedy. She’d also checked out the trailer and was convinced it would be worth watching. She was right. Get a couple of seasoned comedic veterans like Billy Crystal and Bette Midler and it’s hard to go wrong. Their pairing is fabulous and their comic timing – spot on. The script is busting with gags that will appeal to both younger and older generations.

Even if you don’t have kids, there’s enough family conflict and humour to make it relevant to all. I also enjoyed watching the tug-of-war between the grandparents and their daughter over which type of parenting works best for children. Both are a little extreme – cocooning and helicopter parenting, versus the old school – ‘smack them and tell them to shut up’ variety. At least the film isn’t too heavy-handed in terms of trying to dish out a morality lesson. The audience is given the chance to see both sides can be right, and that black and white isn’t the way to look at life when it comes to raising children. The final message of the film probably falls from Bette’s mouth when she tells her daughter to ‘Stop trying to be the perfect parent. Nobody is.’ How true. 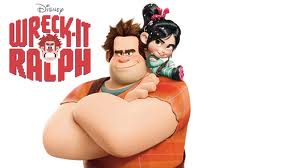 As for Wreck It Ralph, you couldn’t have gotten me out of the cinema more quickly. All four of our family agreed it was possibly the worst movie we’d seen in years. True, our kids are well beyond the age of the toddlers this Disney feature is aimed at, but regardless, we’ve loved all the Toy Story and Ice Age movies of the past and had hoped this movie would live up to the clever scripting and standards already set. Not so. The script is infantile and weak, lacking in magic and charm. I am amazed one movie critic gave it FOUR stars. Really?

The other aspect I detested was the film’s blatant product placement. It’s so contrived, I practically left my jaw on the floor of the cinema. From the Nesquik quick sand, to the Diet Coke lake, to the exploding Mentos, to the Sugar Rush landscape – god help me, if this film isn’t trying to turn the next generation of toddlers into sugar addicts, then I’ll eat a block of Cadburys. And if you’ve been reading my Blog lately, you would know how unlikely that is – being on a sugar-free campaign and strongly promoting the health benefits of a sugar-free diet. So you can imagine how incensed I was when those silly Oreo characters started marching and chanting ‘O-Reo! O-Reeee-ohhh. O-reo! O-Reeee-ohhh!’ Puh-lease….

So there you have it. I’ll stop ranting now. But DO see Parental Guidance. It’s charming, funny and your kids will learn who the amazing Billy Crystal and Bette Middler are. Isn’t that a better idea than turning then into sugar fiends???