Our daughter, Veronica, turned 18 just over a week ago. It’s quite a milestone that deserves a Blog.

She made quite a splash when she arrived in the world, our baby daughter. Born on her father’s birthday, it was the best present I’ve ever given Fletch. By just nine months old, she was a Page Three girl in the Herald Sun.

I was as proud a mum as any could be. We took her to swimming lessons, Gymbaroo and Mini Maestros to ensure she got the best start in life. Who knew what hidden talents might surface? 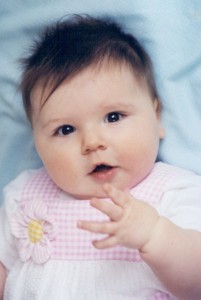 My chubba-bubba – pretty in pink

I also spent a fortune on baby clothes in pink, florals and more pink, because the cuter she looked seemed to help compensate for the sleep deprivation we were suffering.

While adorable by day, she was a monster at night who refused to sleep through. Several times we made the call to book in to ‘sleep school’ only to have her perversely start sleeping right through that very night… as if she’d heard our phone conversation earlier in the day. So we’d cancel our booking and OF COURSE, she then instantly returned to her screaming ways. Arghhh… 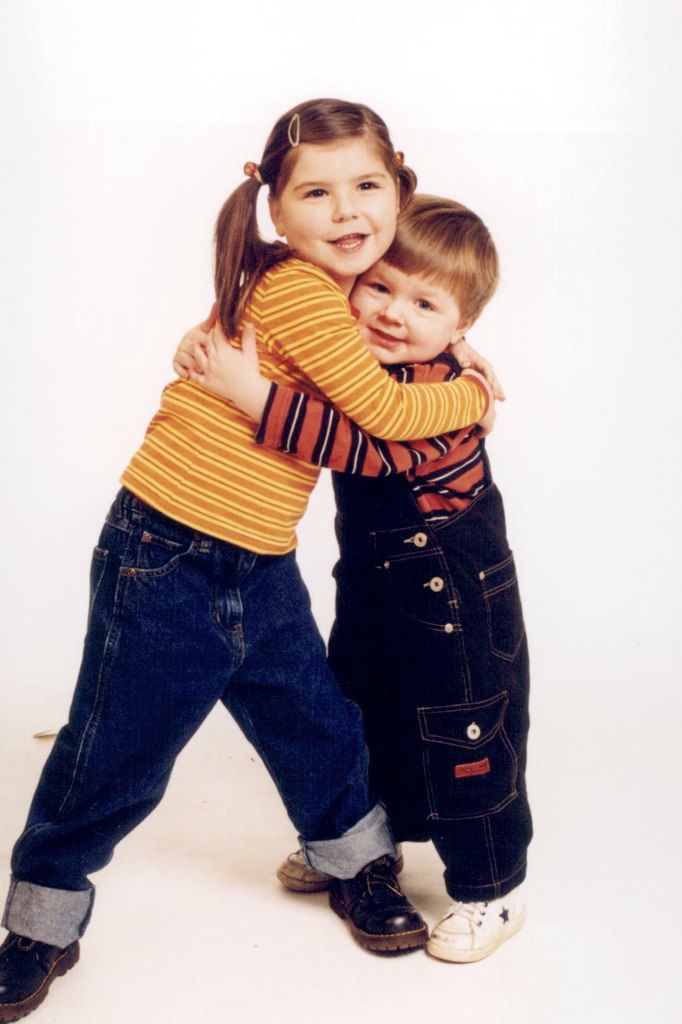 But we struggled on through and then went for baby Number Two. When Tom arrived, Veronica was delighted to have a sibling to play with. There was a bit of rivalry in the early stages, but generally speaking, Tom and Ronnie have always been great mates. Thank God, Tom was a good sleeper! 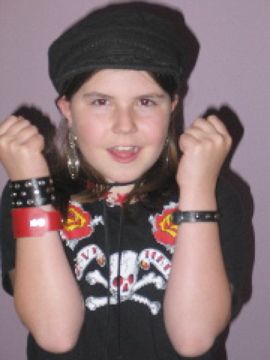 As it turned out, Veronica had probably been screaming at night because she hated the clothes I was forcing her to wear. As soon as she was able to speak, she made it quite clear she DETESTED pink. And anything ‘girly’.  And Barbie Dolls. EWWWWWww…  Bratz dolls however, were an obsession.

I wondered whether her leaning towards the ‘rock chick’ look was a warning sign for the teen years. Perhaps we were in for more sleepless nights as she transformed from monster-baby to night-life-loving-teen-from-hell??
As a child, I found her resilience and sensible attitude startling. There was a bullying incident in Grade Five. I was only made aware of this through another child and a teacher, as I hadn’t noticed her being upset at home. Frantic with worry, I asked her if this was happening and whether she was okay. She shrugged and said, ‘I’m okay, Mum. Maybe they’re just not my kind of people?’ Wow. I wish I could be like that when people are nasty. A good lesson to take on board. Thank you, daughter. 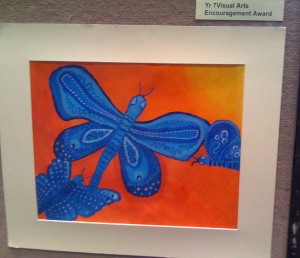 Still, I was prepared for the worst as she moved into senior school. God knows, I hadn’t been an ideal teenager, so I probably deserved to be put through some angst after making my Mother suffer. But, strangely enough, the early teens were very peaceful. In Year Seven, Ronnie shone in the art department, taking out the art prize for her year group with a stunning butterfly painting. She also won ‘Most-improved’ in netball. 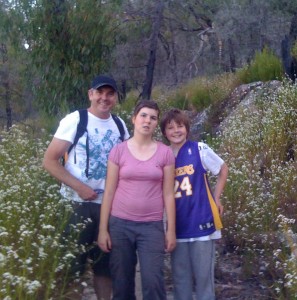 In fact, her most rebellious streak came out when we forced her to join us on bush walking treks while holidaying in the Grampians. Bush-walking wasn’t her thing… Check out the face! You can imagine the complaints. Long and loud.

Perhaps she was missing her friends in the city? Because while she wasn’t a wild child, she loved a party. 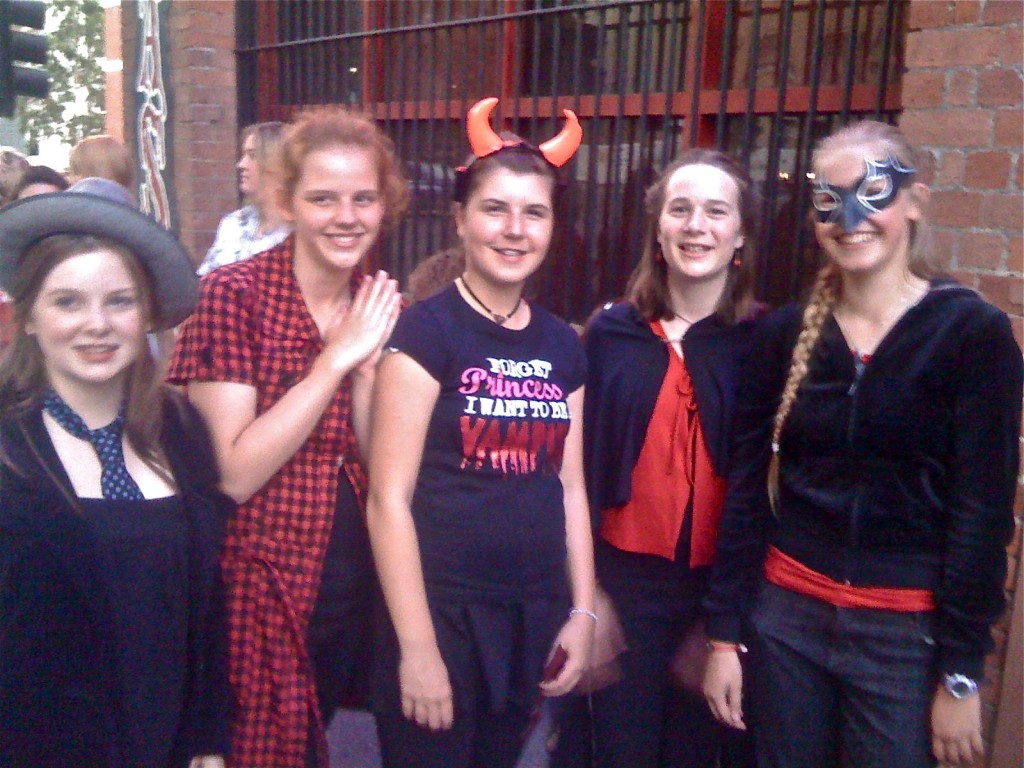 Veronica’s birthdays have always been cause for much excitement. A different theme and in particular, a special cake, every year. And while she’s not a fan of the Twilight book and film series, (much more a Harry Potter devotee) she opted for a girls’ night out at Dracula’s Theatre Restaurant for her 14th birthday.

By the time she turned 16, there STILL hadn’t been any traditionally bad teen behaviour. No missing in party-action, no lying about being somewhere else, no skipping school and no vomiting from over-indulgence with alcohol. I was starting to get concerned. This wasn’t normal, surely?

When we renovated her bedroom, I suggested we now remove the 70-odd Bratz dolls on her mantelpiece and put them upstairs in the rumpus room. Or in storage. Sixteen is definitely too old for dolls, right? ‘NO WAY!’ she said firmly. ‘They are staying where they are.’
‘But honey, what if you get a boyfriend and bring him home and he sees all these dolls? Surely he’s going to think that’s a little odd?’ I really was trying to look after her own interests here.
‘No, Mum,’ she said. ‘I don’t play with them any more, but they’re my collection and I want them to stay. And if a guy came over and said something critical, I’d dump him.’

‘Okay,’ I said. How could you argue with that logic? While mystified by her passion for dolls, I couldn’t help but admire her determination to stand by what she likes and not succumb to my concerns about potential peer group judgment. I love the fact that she doesn’t care what others think.

And she was going to parties. We’d had plenty of chats about boys and alcohol and she told me other young people were drinking. ‘But don’t worry,’ she said. ‘I hate the smell of alcohol and cigarettes. I’m never drinking or smoking.’

I’m sure I detected a faint suggestion of smug superiority in that comment and the accompanying look she gave me. Regular readers will know I used to smoke and so I credit myself with being such a bad example, I’ve shown my daughter how NOT to behave. Yes, it really started to seem like I had my own version of Saffy, from the TV series Ab Fab in my own home. She was enjoying her seat on the moral high-ground. Which was fine with me. 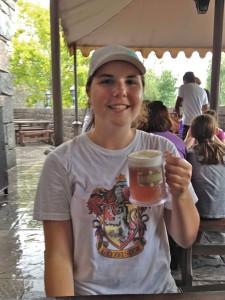 Some of my friends were doubtful. ‘Don’t be ridiculous,’ they’d scoff. ‘They all drink at that age. You’re kidding yourself.’ As far as I knew, the closest she’d come to grog was knocking back an alcohol-free Butter Beer from Harry Potter World when we visited Universal Studios last year.

So the next time I picked Ronnie up from a party, we pulled up at a traffic light and I said, ‘Honey, I know this seems silly, but can you blow your breath in my face just so I can be sure you haven’t been drinking?’ After a HUGE roll of the eyes, she complied. Nothing. Clean as a whistle.

THEN she said, ‘But there is one thing I did that was a little bit bad.’

I nearly slammed on the brakes. Shock, horror – perfect little Saffy had sinned?? I tried to hide my excitement. What gorgeously wicked deed was she about to confess? Perhaps she’d pashed and groped some young bloke in the bushes? Maybe she’d even smoked a joint?

‘Well…’ she said, glancing at me sheepishly. ‘I drank four cans of soft drink.’

Really? Is that ALL? Seriously??  I have to admit I was a tad disappointed. But I maintained the facade and whinged something pathetic about dentist bills. But Bless Her Cotton Socks. I am indeed blessed. I’ll take a soft drink addict versus an ice addict any day. 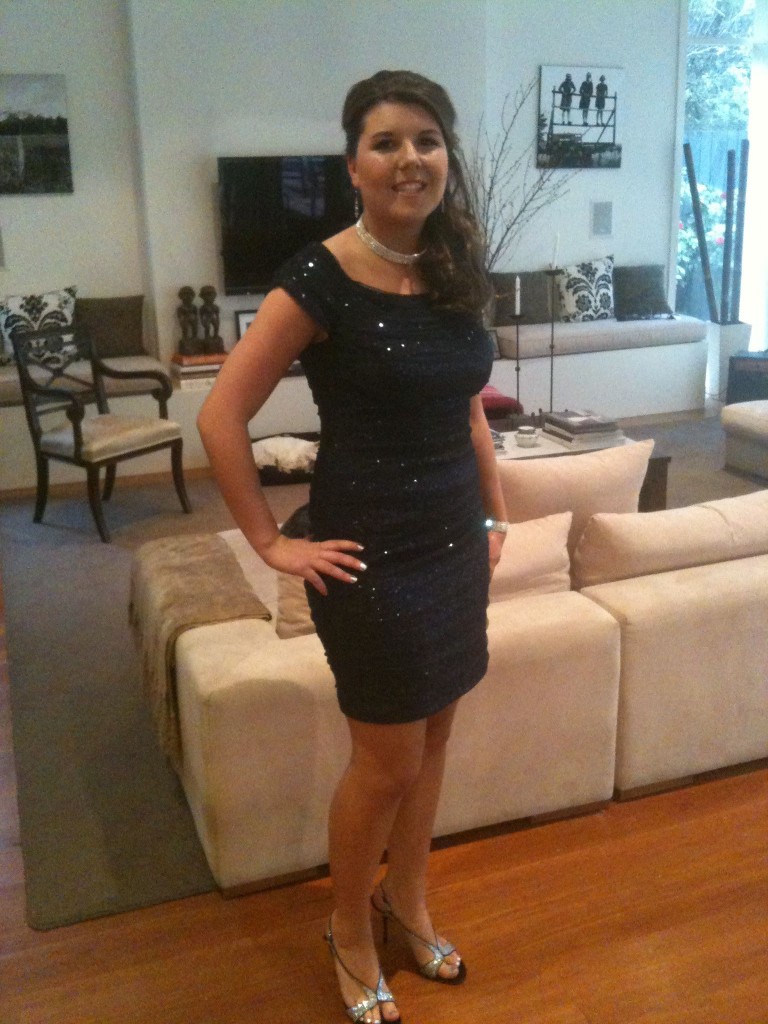 Last year there was a Year 11 Formal and for the first time, I saw how she had truly grown from an awkward teen into a beautiful young woman. She chose the dress. Not too short and no revealing cleavage, mind you! She’s much classier than her mother.

And then, two weeks ago, she was just as gorgeous at her 18th birthday party. And still not a drop of alcohol has passed her lips. As for the party, now that’s another Blog altogether. (I’ve got some great tips about teen parties!!) But for now, I just want to say ‘Happy Birthday, Veronica, and thank you for being the most wonderful daughter a mother could wish for. I hope one day I’ll grow up to be as sensible as you.’ 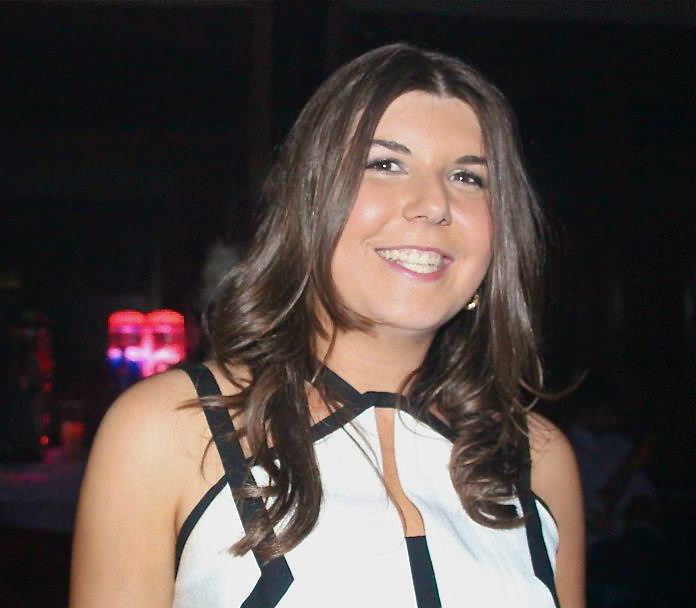 Ronnie at her 18th birthday party