It’s only day two, but New York author Sloane Crosley wins a gold medal for best interview stamina of the Melbourne Writers Festival in my book. After landing in Melbourne direct from a two-day stop-over in Los Angeles, she walked straight into the hotel foyer with bags in tow and happily joined me for an interview over much-needed coffee.

No unpacking and not even a quick visit to her room to ‘freshen up’. And she was smiling without a hint of jet lag . In fact, she was positively beaming. Probably because she has been wanting to visit Australia for many years and is delighted to have finally arrived. Her family almost moved here when she was a child, so she developed a slight obsession with all things Down Under.

Crosley says she was thrilled when the MWF asked her to take part. ‘The first thing I did when I got the invitation was to forward it to my family and watch them writhe in jealousy,’ she says. ‘I’m always surprised when the humour in my books translates in another country, even an English-speaking country, but it’s great.’ 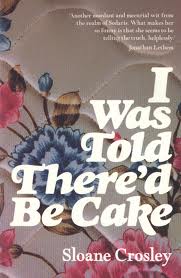 I Was Told There’d Be Cake

Both Crosley’s books  I Was Told There’d Be Cake (2008) and How Did You Get This Number (2010) became The New York Times bestsellers. The first, written when Crosley was 26-years-old and published at 28, quickly became a huge success. It wasn’t something she’d anticipated, having worked as a publicist in a publishing house where she knew how difficult the road to literary glory could be.

”The first book, I didn’t know what I was doing. I worked with these amazing authors. I knew how hard it is. And being close to them did not have the effect of making me feel “Oh, I can do this too”. It had the adverse effect. I will never, ever be Tony Morrison.’

‘I’d also been told not to expect anything, because it was a book of essays and it wasn’t expected this genre would be as popular as it was. So it was surprising.’

And she sprinkles her conversation with the same style of self-deprecating humour that is a trademark of her books. ‘Sometimes I see people reading my books on the subway, And sometimes they look so tragically bored, I just want to trip them over when they leave,’ she says, laughing.

It’s unlikely Crosley will ever use the word ‘cake’ in a book title again. ‘I put on about ten pounds, because everywhere I’d go, there was cake. It was the same thing at all the book launches. It was great. And it was awful. The second book is a lot darker and the essays are longer. It’s a much bigger book. I think I was in a bad mood when trying to write a humour book.’ 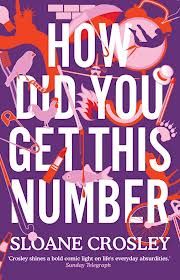 How Did You Get This Number

Crosley says she always knew she wanted to write, although initially at college she studied archeology and anthropology before switching to a literature major. Next she moved on to several internships at magazines and became a contributor to a long list of publications, including The New York Times, The Guardian, The Irish Times, The New York Observer, The Village Voice, Vice Magazine,Elle, Glamour, Vogue, W, Teen Vogue, Salon.com, GQ,Esquire, Playboy Magazine, Self, Maxim Magazine, SPIN and Black Book magazine – writing essays and interviews. She was also a weekly columnist for The Independent in the UK and was the editor of The Best American Travel Essays 2011.

During the festival, Crosley is sitting on panels over four sessions this weekend. The one that sparks my interest is tomorrow at 2.30 – Friendly Fire. It’s all about how far authors are prepared to go when writing about friends and family and whether they’re prepared to put relationships at risk. I Was Told There’d Be Cake is brutally and refreshingly honest, so did Crosley have any concerns about a backlash when she was writing?

‘I genuinely didn’t think that many people would read it. There are parts of it that are a little cruel that I would go back and change. But not because they’re mean. More because they’re not as well written as I would like them to be. ‘

So were there people in her life, maybe her parents, who were offended? She takes a moment to consider before answering. ‘I try to protect people. You change things, such as defining characteristics. But my parents were fine with it. The truth is, it’s a nice portrait of them, so it’s fine. In fact, considering what gets said around the Thanksgiving table, they got off easy.’

Some critics have described Crosley as a modern-day Dorothy Parker. She’s flattered by the comparison. ‘There’s a great Dorothy Parker quote,’ she says, ‘that “Humour should always be used as a shield and never as a sword.” Very lovely but very hard to sustain over the course of a book.’

There was one friendship that went by the wayside as a result of the Cake book, however Crosley says it had practically ended anyway. ‘That was partly what that essay was about. So it is a little bit mean but to my mind, it’s worth the sacrifice because it makes a larger point about what happens when friends grow up – what they hang on to and what they don’t. It’s about how complicated women’s relationships can be. Everyone knows that a break-up with a woman can often be more difficult than with a man, and so that’s what it’s about.’

The second friendship to suffer a minor fracture was due to Crosley painting a friend’s boyfriend in a negative light, not knowing how serious the relationship was and that they would later become engaged. Unsurprisingly, she was left off the guest list for the wedding.

Now she’s flexing her literary strengths in new directions — writing a novel and a screenplay. ‘It’s slightly harder, but it’s like using a different muscle. With non-fiction you’re dealing with things that have actually happened to you. With fiction, it feels strange when it’s going well because you have made up these characters and they feel so real. Thats a sign of insanity, right?’

Being early days, Crosley would rather stay tight-lipped on what both projects are about. But she does have some good advice on writing processes. It’s all about getting rid of distractions. ‘I do have to have some sort of pattern and structure. I am not allowed to check any emails before I write at least 250 words. No errands in the middle of the day otherwise I don’t feel like it’s a work day. The groceries, the laundry, the gym — all of that stuff gets done some other time. And interviews. Mostly I just try to concentrate on sitting down and writing as much as I can. I get up and make coffee, have breakfast and then right about 7.30 or eight and write till about lunch. And then I say I can have the afternoon off but I often do a bit more writing.’ 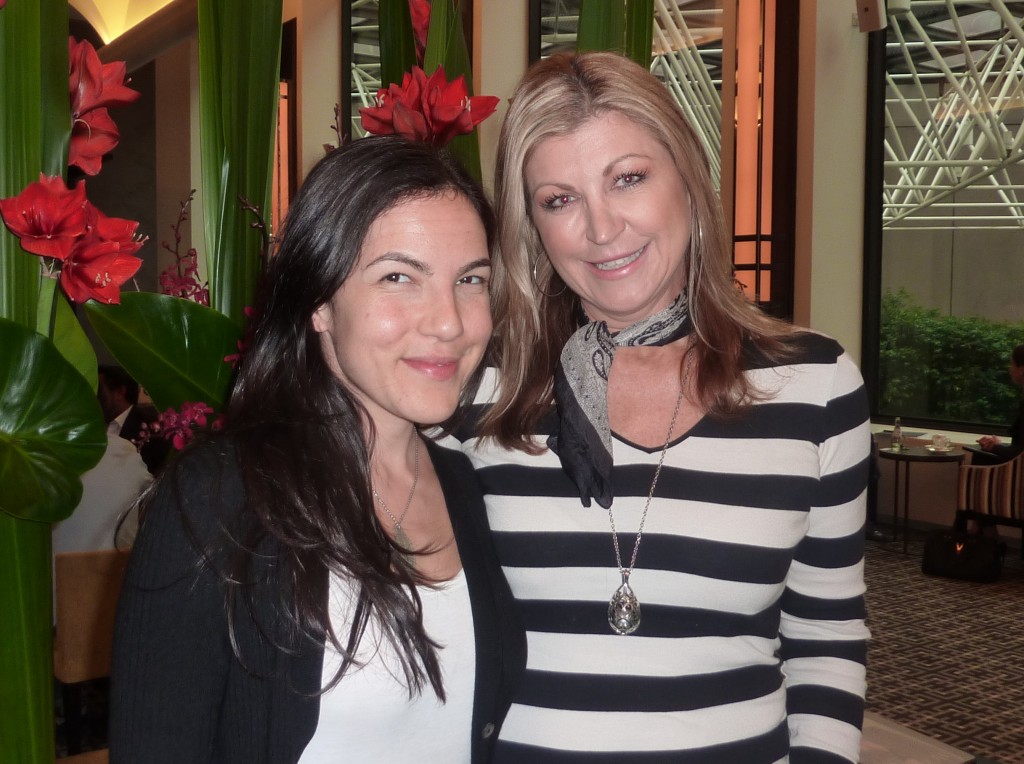 As for other interests, Crosley says she’s a very bad guitar player and singer. But she does have a crafty side — making dioramas for each chapter from her last book and birthday cards for friends.

As for her ultimate goal in life, it’s about being true to herself. ‘There’s a quote by someone else that I’ll use here. “The genius is the one in the room who is most like himself.” My goal in life is to be most like myself.’

I think I got a pretty good version of that this morning – charming, witty and warm.  Welcome to Melbourne Sloane Crosley!

(Sloane Crosley is taking part in the Melbourne Writers Festival tomorrow at 10am, 1pm and 2.30pm. Also on Sunday at 6.00pm. Check the MWF website at http://www.mwf.com.au for more details.)