‘Enquire Within’.  That’s the catch-cry of this year’s Melbourne Writer’s Festival, urging us to explore and celebrate all facets of the literary world during this upcoming ten-day festival.

It’s an all-encompassing schedule involving more than 300 writers from around the world. But don’t assume it’s just the usual talks given by authors about their latest books. This is a program of ‘events’. In some cases, the book becomes secondary to the walk, the music, the performance or debate. In fact, I reckon you could pick just about any topic, give it a literary edge, and presto – yep, it’s in the MWF. I like this concept because it means you’re not just sitting in a vast hall listening to one person prattle on and on. Although, with keynote speakers such as British actor and writer Simon Callow, Germaine Greer and Editorial Director Henry Finder from The New Yorker – I’d be happy to hear them ‘prattle’ for however long they liked.

No, what I’m talking about is innovative ideas like WALKS around Melbourne, exploring our Bohemia, our Hidden Dragons or the Australian Renaissance. Walking with acclaimed author Sophie Cunningham, seeing first-hand the Melbourne landmarks and laneways that feature in her book on the city. Walking while talking about the ‘literary’. Cool, huh?

Then there are events involving music and performance – the Ned Kelly awards looking at crime fiction with music from The Ungrateful Dead, or the launch of the MWF’s audio-literary journal Going Down Swinging at The Toff In The Town.

For those who like debates, there are plenty of panel discussions on topics ranging from the future of journalism and education to philosophy, democracy and philanthropy.

There’s stuff for foodies too – a celebration of family and food with Guy Grossi or the ‘Sofitel Salon’ event in the Fitzroy Ballroom – a posh afternoon tea with three marvellous authors. The BIG LUNCH I’d like to attend is The New Yorker Lunch: Big Stories, Big Impact. Melbourne University Press Publisher Louise Adler will talk with Henry Finder and David Grann (TNY staff writer) about how their most important stories broke and what impact these had – in particular, when The New Yorker broke the Abu Ghraib prison story in 2004. 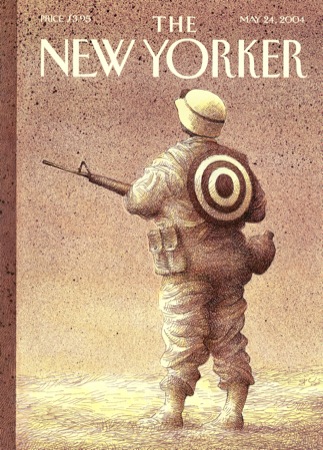 The MWF begins on August 23rd and runs through till September 2nd. I’m delighted to be a part of the festival this year, covering events as one of five ‘Emerging Bloggers’. So if you can’t get a ticket to any of the events (and yes, they are selling fast) then go on-line to check out a range of Blogs on the MWF’s website.

But those two words ‘Enquire Within’ got me thinking. After a quick Google search, I soon learnt that once-upon-a-time this simple phrase was the title of a book that offered advice to Victorian-era Londoners on all matters, from domestic to life-and-death. 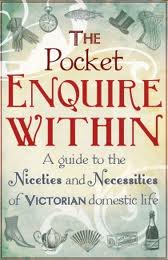 First published in 1856, it set itself up as the ‘go-to’ guide on everything from laundry tips and etiquette to first aid, and if the first aid didn’t work in an emergency – ‘How To Bury A Relative’. There’s even a section on parlour games, which gives an insight into how people wasted their time before I-phones and Angry Birds came along.

I mean, seriously, did people really spend time modeling flowers in wax?? And are you keen to learn the difference between the types of relish you should serve for breakfast or supper?

Obviously the Victorians did because the book sold thousands and continued to be published right up to 1976 when it reached its 126th edition.

Regardless of its relevance now, it could have been a major part of all our lives. Tim Berners-Lee apparently saw the encyclopedic tome as a portal to a world of information and in 1980, named his precursor of the World Wide Web – ENQUIRE, as a result. So just think, if he’d stuck with that, we’d be left with endless confusing conversations.

Can you imagine? ‘Have you ‘Enquired’ about that on your computer?’ ‘Enquire has crashed.’ ‘Yep, it’s on Enquire.’ ‘Sorry, are you asking me or checking something on your laptop?’ We wouldn’t know what people were talking about.

No, Enquire Within is far better off as the title of the fabulous up and coming Melbourne Writer’s Festival. Let’s celebrate that.

4 thoughts on “WHAT WILL YOU SEE AT THE MELBOURNE WRITERS FESTIVAL?”