I had a shitty day yesterday. (And no, Mum, I’m not using bad language.) It WAS, literally, a shitty day. One of those days where a small mess becomes a bigger mess and the time spent trying to solve the problem snowballs into a big pooey debacle.

Rise and shine – Lola’s the first out of bed

It started when I woke up early to make school lunches. It was particularly icy and the air was  crisp. When I let the dogs out of the laundry and opened the dog-door so they could go out and do their business, I noticed a particularly strong whiff slicing through the chill. For a moment, I wondered whether they’d stashed some of their dinner from the night before under a laundry basket, but quickly realised it was a more potent odour… Surely not? They were well and truly toilet trained…

Lola – she’s the black and white fluff-ball – backed up against me, wiggling her bum on my leg, then rushed around under the kitchen table before heading outside.

The stench grew stronger as I walked back to the kitchen. Then I glanced down and saw why. Lola had left a long streak of runny poo all over my tracksuit pants. EWWWWwww!!

Being a furry canine, Lola comes with an additional health problem. If her bum isn’t regularly trimmed, it means toilet issues can cause matting and the like – stuff which I generally steer well clear of and leave up to Fletch to handle. Today, I wasn’t so lucky. He was on an all-day studio film shoot and when I checked out her rear end – it wasn’t pretty.

First problem – get rid of my icky trakky daks and stuff them in the laundry trough. Apply super large quantities of washing powder and stain remover. Second task – phone Fletch and ask for pet-care advice. I was hoping the answer would be – ‘Take her to the dog groomer or the vet.’ NO SUCH LUCK.

Turns out she’s booked in to the dog groomer’s TOMORROW. ‘All you have to do is put her on the washing machine and get out some cotton-wool balls, use warm, soapy water and scissors and deal with it,’ said Fletch. REALLY?? I’ve had two kids and handled a zillion shitty nappies, but a messy dog’s bum is a whole other matter. But it had to be done. I was worried Lola might not be able to actually relieve herself if I didn’t take action and she was starting to look poorly.

I think I procrastinated for at least an hour, agonising over how to do the whole procedure, before finally tackling the task. Gloves. Black clothes. Gas mask. Well, no, I didn’t actually have a gas mask but wished I did.

Then just as I was about to perform poo surgery, I found ANOTHER streak of runny brown goo all over the carpet under the kitchen table. Yep, Lola had left her mark there as well.

Originally I’d planned a day of writing on a film script. This was fast disappearing down the crapper. Now the carpet ALSO needed urgent work. But Lola first. 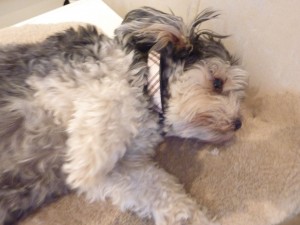 I found the best way of keeping her comfy and to stop her wriggling was by placing her favourite sheepskin rug on top of the washing machine. It was vile, but out of the love for my little Lola, I persisted – nose permanently scrunched and gag reflexes in full throttle. Finally, mission accomplished!

The carpet wasn’t so easy. Using newspaper and Chux super wipes, I removed the excess muck and then followed through with a thoroughly USELESS carpet cleaner spray.

That took about an hour. The stains remained. Then I tackled them with warm soapy water and had far greater success. But having gotten out the vacuum – a task in itself – I decided to do the rest of the house – because once you’ve actually got the thing out you may as well use it. More time chewed up.

And all she could do was YAWN…

And while the hours whittled away, Lola just sat there and yawned. Really, she didn’t care at all about the massive workload she’d bequeathed. A shitty day for me but just a dreamy dog’s life for the rest of the canine troops. Life’s a bitch, really.

In my next life, I want to come back  as a dog. 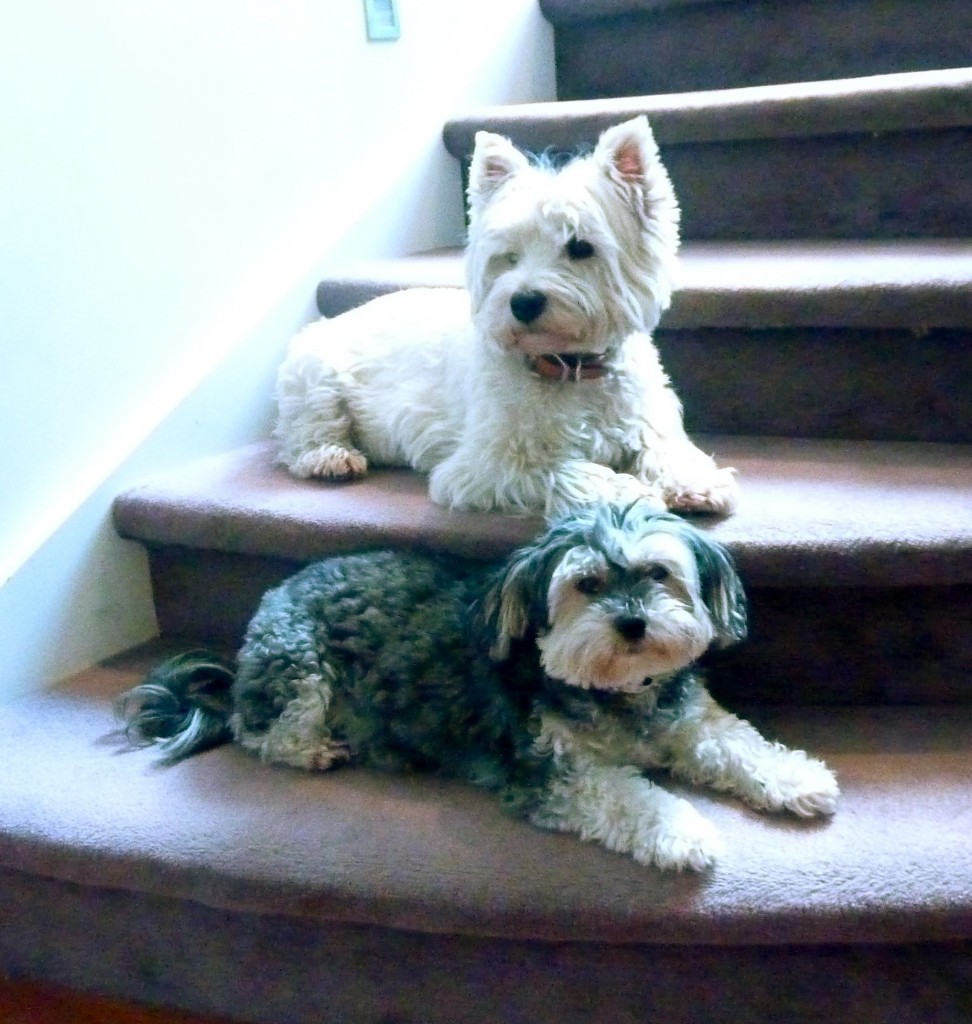 One thought on “My Shitty Day”