This was going to be one of those ‘Inspirational Life Changes’ stories – you know, where I interview someone who has dived into a radical career change mid-life and made a ripping success of it all.

But in this instance, that’s not really the case. You see, horse-riding champion and hair colourist extraordinaire Linda Chisolm IS taking a new direction in life, but she’s also going to continue working in the salon. So it’s really an ‘Inspirational Life Juggling’ story – a case of combining careers, rather than ditching one for the other.

I first met Linda about eighteen years ago when I was working at Channel Ten and moved from Nunawading to the Como building in South Yarra. I stumbled into a hair salon across the road and found Linda, who was not only a brilliant colourist, but we got along famously. So even though it was very convenient having Linda so close to work, as soon as she left for a new salon, I followed. And I’ve been following her ever since.

Linda ONLY does COLOUR – no cutting, primping, curling etc… and that’s probably why she’s a master at her craft. I reckon she also makes a damn fine therapist with her ability to dish out pithy, down-to-earth no-nonsense advice when you thrust one of your dramas under her nose for dissection.

I also love the fact that she’s rarely impressed by celebrity. While she’s got a long list of famous VIP clients, she’s never a name-dropper and has been known to refuse to work with certain celebs if they prove to be difficult clients. She just couldn’t be bothered.

I asked whether she was nervous, colouring Kylie Minogue’s famous tresses many moon ago. ‘Not really,’ she said. ‘I’ve worked all over the world and people are people. They’re all the same – they just want to look nice.’ Simple, but true. 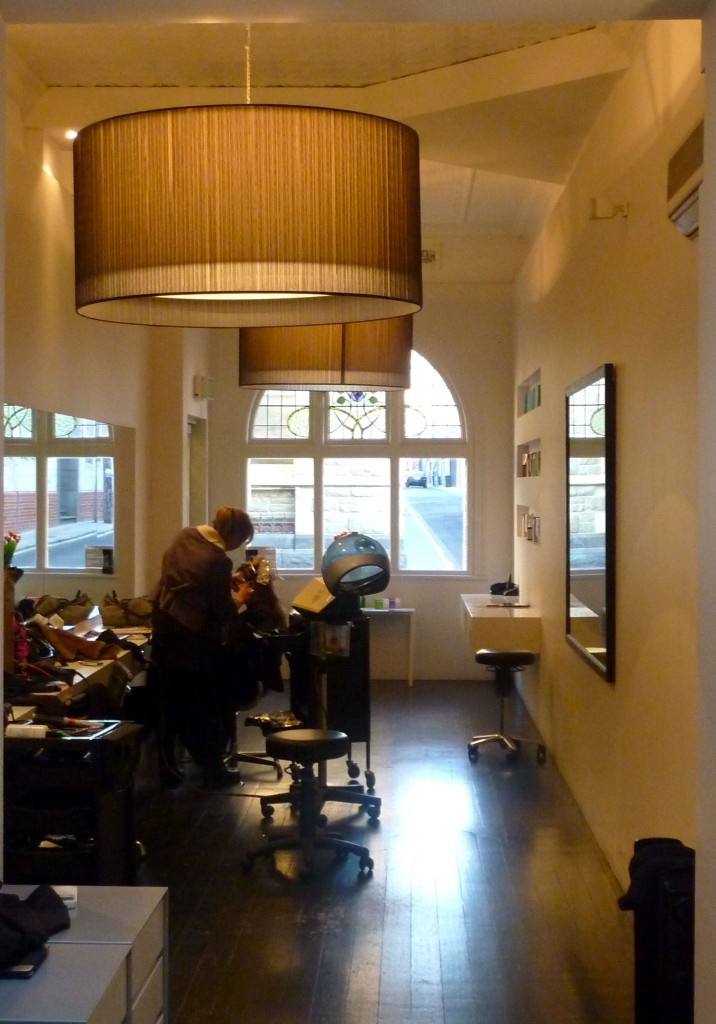 Linda is a little unusual in that she didn’t want me to photograph her working AND she doesn’t want me to mention the salon where she works. That’s because she’s not looking for new clients (being the best colourist in Melbourne) as her diary is chockers and she doesn’t need new people pestering her for a dose of hair magic.

The other reason Linda doesn’t want me to advertise her talents is that she’s cutting back on hours to focus more on her greater passion – HORSES.

This new gig Linda’s taken on is quite obscure. The fact that it’s SO unusual meant I had to write about it. Although when I first suggested to Linda that you couldn’t find two professions further apart – horses and hair – she rightly corrected me. ‘There’s some similarities between the grooming of horses and people. There’s products, plaiting, lots of washing!’

But don’t get the wrong idea – Linda’s new role doesn’t involve horse grooming. Instead, she and her partner, Stefan, will be importing top-end horse trailers from the United States. (See, I told you it was obscure.)

The opportunity arose when Linda spotted a huge gap in the horse trailer market. ‘We’d bought a couple of Australian-made ones and we weren’t happy with them. Not with the fit-out or the finish or the options. So we started looking in America and we bought our first one and through that, became dealers for the American brand. Which is Trail Rider Trailers,’ she said.

Linda and Stefan researched many companies overseas and Trail Riders came out on top. ‘They’re the best built in the field, offering the biggest range of options. It’s also a small, family-owned business and the trailers aren’t mass-produced so we knew we’d get good workmanship. They do a fantastic job and are happy to customise.’ 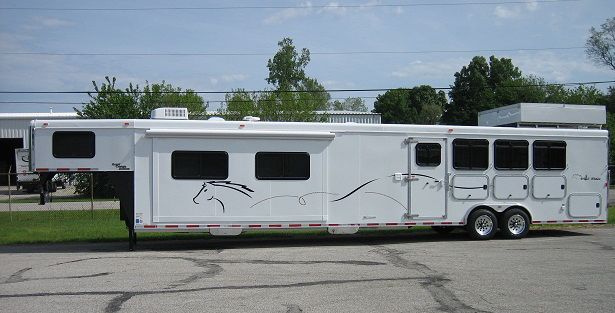 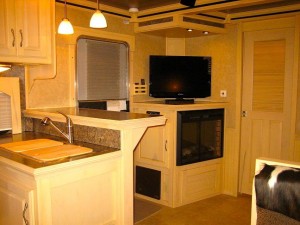 Linda has been riding horses in events around the country since she was a child, so has a pretty good idea about what people are using and what’s on the market. She says it was hard to find trailers in Australia that offered simple luxuries like an oven or even a toilet.

As for sleeping quarters, the Trailer Riders bed is five-star compared to what’s on offer from other brands. But Linda says not all her trailers are as ritzy as this one we’re looking at. ‘They can be very high-end or not so high-end. But it’s the quality of the fit-out that makes all the difference. You can customise the size to whatever you want, that’s legal in Australia, which is 43-feet long.’

The range of options you can put in these beauties is astounding, including a washing-machine, electric fireplace, a ceiling fan – all sorts of options Linda says you just can’t get in Australia. 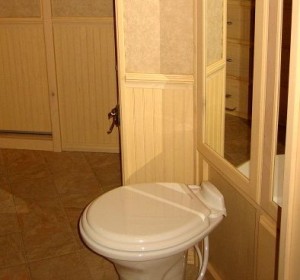 Now she’s the envy of her horse-riding friends. ‘I usually get a big WOW when they walk in,’ she says with a smile. ‘For a horse-person, these trailers are heaven. Everything is in the right place and it’s a great ride with fantastic suspension. You spend a lot of time and money on your horse going to shows, so you want to be comfortable. It becomes your holiday, your pastime. Most horsey people don’t head off to Bali for two weeks. They go to a national show and it’s their life-style.’ 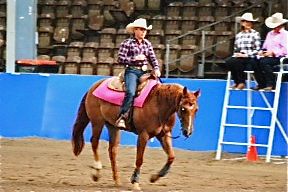 On top of colouring hair and marketing her new horse-trailer business, Linda also competes at events. ‘I do a sport called reining,’ she said. ‘It’s a discipline that started in America. The reining horse is known for its ‘sliding stop’ and its ‘turn around’ and spin,’ she explained.

‘They’re manoeuvres that came from when horses worked with cattle on ranches and they’ve been exaggerated for the show ring. You ride in a pattern and unlike dressage, it’s all at a canter. Or a lope, as we call it in the western world.’

Apparently it’s a huge sport internationally and is growing in popularity in Australia. ‘It’s very big in America of course, and Germany, Italy and we’re now a sport that’s involved in WEG. That’s the World Equestrian Games.  I think it will become an Olympic discipline eventually.’ 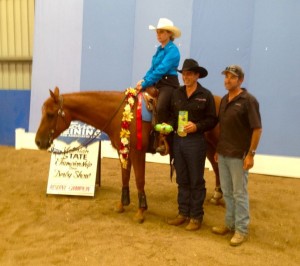 Linda’s been ‘reining’ for about seven years now and has won several awards – one about two months ago in Werribee. ‘It’s a difficult sport,’ she said. ‘Much harder than I thought it would be! Like any horse discipline, you’re always learning and working at it. It’s more difficult than it looks as it’s a one-handed event.’

ONE-HANDED?! Jeez… then I’m guessing Linda has a pretty good connection with her horse to ride with such control.

‘Ah, you need a horse that’s really broke’ she laughed. ‘My horse is gorgeous. His show name is Red Hair and Freckles. He’s definitely up there with my favourites.’

With so much going on (selling trailers, reining competitions…) I was most relieved to hear Linda wouldn’t be ditching her colouring job. (PHEW!!) ‘I love my hair, I like my clients,’ she said. (YAY!!) ‘It might get a little tricky, juggling both, but I’ll manage.’

or she has a Facebook page, for updated news – just reference Australian Horse Trailers and LIKE it!! 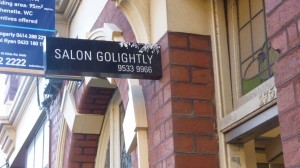 And just in case you want to TRY to get a hair colour appointment with Linda, she works at Salon Golightly in Prahran. (Now she’ll kill me.) Good luck….