Firstly, apologies to readers who have complained that I haven’t blogged for some time. It’s lovely to know that you miss my offerings and I’m feeling guilty that I didn’t forewarn you two weeks ago that I was heading off on a holiday with Fletch. Like the last time we went away, I stupidly thought I’d still manage to find time to post blogs. Wrong. I should have learned from my first experience. Travelling is far too time consuming. Plus I think it’s best to absorb the experiences, sift through the highs and lows and leave out the dross. (that’s my excuse anyway… laziness may have had something to do with it too…)

Our first stop was London. Fletch had agreed to be spokesperson for the Blue September campaign. This meant a week jam-packed with interviews promoting men’s health, in particular, issues relating to prostate cancer. His media schedule was gruelling and on one day, I think he notched up more than twenty interviews in a row. To his credit, his enthusiasm never wavered and I’m pretty sure all requests – from even the smallest local newspapers and radio stations – were met. But by day’s end, he was exhausted. 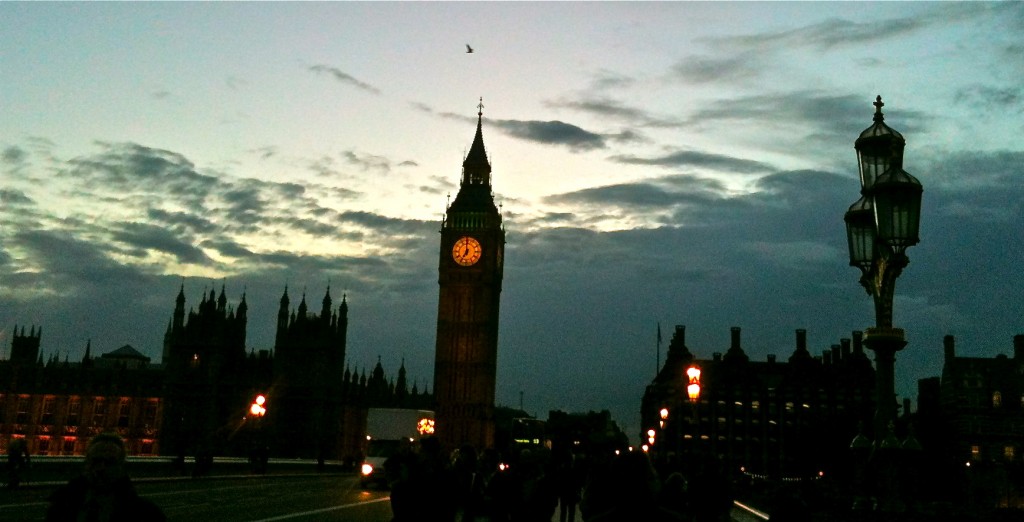 It was a different matter for myself. I hadn’t been to the UK for about two years so there were plenty of friends to catch up with, shops to browse and sights to explore. I was also weary at day’s end, but for different reasons. Though I was only window-shopping, it’s easy to rack up the miles traipsing through Selfridges and endless tube stations. But that didn’t stop either of us from making the most of our time in London-town and socialising in the evening. Which means much eating and drinking, talking and laughing, late nights and  expresso martinis. The way I see it – if you get a two-week sabbatical from parenting (thanks to my amazing Mum and step-father Ken) then you’ve got to make the most of it. 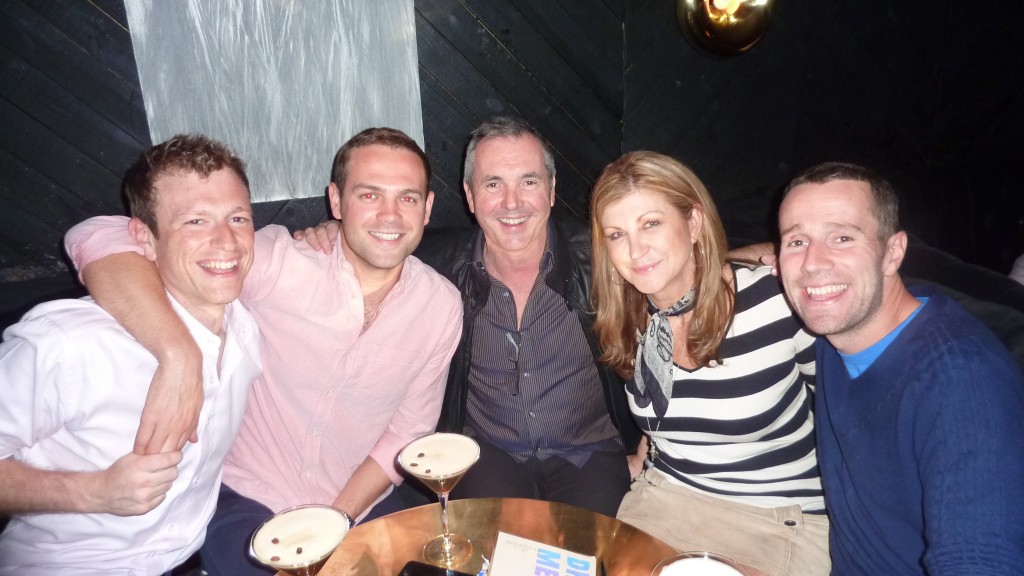 After his Blue September commitments came to an end, Fletch had another week off Neighbours due to a production break. This meant – wonder of wonders – a week to travel by ourselves. A rare and precious opportunity. A chance to visit somewhere we hadn’t been before – to tick another of those much-dreamt-about countries off our bucket list. We opted to visit Spain, as neither of us had been before and have always heard marvellous tales from friends – particularly about Barcelona.

But a day before leaving, I was hit by a bout of the guilts. I’d been in London for five days and hadn’t visited one art gallery, museum or historical building. Yes, I’ve been lucky enough to have visited London on several occasions over the years, so I’ve already seen most of the  famous landmarks, but it still didn’t sit well with me that I had done ‘zip’ culturally. 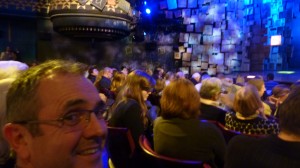 Fletch in the audience of Matilda the Musical

Actually, I lie. We did see the wonderful Matilda the Musical, based on Roald Dahl’s famous story with music and lyrics by the incredibly talented Tim Minchin. A big ‘THANK YOU’ to Fremantle Media for making this happen! It’s a MUST-SEE if you’re in  London. An uplifting, hilarious show with one of the most talented cast of children I’ve ever had the pleasure to see perform.  You can grab a snippet of what’s in store at: http://uk.matildathemusical.com

But back to my guilt-trip over the dearth of cultural activity in my London experience. On the LAST day I decided enough was enough – I had to do SOMETHING. I thought back to what I’d enjoyed most in the past and the lightbulb moment happened when I remembered the Tate Modern. Of course! Housing the UK’s biggest collection of modern and contemporary works, I’d always left this gallery feeling awe-struck and uplifted.. Decision made, I set off in the rare autumnal sunshine to be inspired. 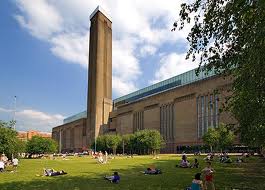 Needless to say (and I will Blog about this further), I again had a riveting morning and cursed myself for not spending longer in galleries and less time in the shops. But it was the taxi ride back to our hotel that will stay with me for the longest time to come.

As much as I admire the efficiency of London’s Underground and pray that Melbourne’s public transport system could one day be half as good, I also love the tradition of the good old London cabs. Just the sight of them lined up at a rank is a reassuring sign that nothing much has changed since you last visited; a visual reminder of the staunchly upheld traditions that lie at the heart of UK culture. Their drivers always know where to go, plus there’s plenty of room to stretch out your legs and relax during the ride.

I’d stayed too long at the Tate Modern, entranced by masterpieces and dawdling along, when I suddenly remembered I had bags to pack and a flight to catch to Spain in just under an hour. I ran to the taxi rank outside  and breathlessly asked the cabbie to put the pedal to the metal pronto and get me to my hotel. 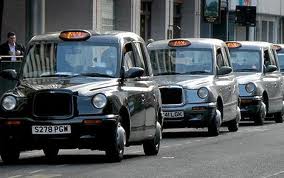 ‘Not a problem, love,’ he chirped with a hint of a Cockney accent. ‘Enjoy the gallery, did you? Have you ‘ad a good day?’ He smiled warmly into the rear-view mirror, peering through rimless glasses. A middle-aged fellow with wisps of fading red hair brushed across a bald patch. The faint sound of jazz music played in the background.

‘Yes, I did. I love that gallery It’s brilliant,’ I said.

‘Ah well you look like you’ve ‘ad a good day. You look good. I mean, nice. I mean…’ At this point he appeared a flustered, as if worried I might take offence at his compliment. That I might think he was sleazy, when in fact, I knew he was just being kind. ‘I mean, I like your glasses and all…’ His voice trailed off.

‘Thanks,’ I said. ‘They’re transitional lenses, so they work for both distance and as sunglasses.’ I over-clarified the point to make him feel like I really did understand he WAS talking about my glasses.

‘So what’s the rush, then?’ he asked, keen to change the subject. I explained I needed to catch a plane.

‘Oh, so did you need a ride to the airport?’ He looked at me eagerly. ‘I could wait, you know?’

‘No, I think we’re catching the Heathrow Express.’

His face dropped. ‘Oh.’ There was a pause. He gripped the steering wheel more tightly, shaking his head. ‘That damned train is going to be the death of us cabbies. I can’t tell you how many people I’ve had in the last week tell me they don’t need me because of that damn train. Those fares used to be our livelihood.’

I felt mean. ‘Um, well, I’m not exactly sure that’s what we’re doing. I could check when I get to the hotel and see what Fletch had in mind.’

His face brightened. ‘Oh that would be fab, love. No pressure, mind you. But look…’ He fumbled in the console and handed me a business card with his number. ‘…take this. My name’s Martin and I’ll wait for a bit and you can call if you need me. Where are you flying to?’

‘Spain,’ I replied. ‘I haven’t been before, so we’re really looking forward to it.’

At the mention of Spain, his entire being transformed.’Spain!’ he practically shouted, slapping the steering wheel with gusto and turning up the music. Which in fact wasn’t jazz. It was a Brazilian salsa. ‘Well, I’ll be. I just LOVE that place!’ he exclaimed with glee, now hitting the steering wheel and bouncing in his seat in time with the music. His pale face flushed pink as he started humming along with the tune. ‘And the dancing!’ he added, swaying his shoulders from side to side. ‘Once that dancing starts, you can’t help but get on up and join in. Ah, that’s the life!’ He turned the volume up another notch, bursting into song.

It wasn’t what I’d expected. Before Martin started his taxi-seat grooves, I’d have said he was the least likely person to be a salsa dancing expert, but his performance was joyous. The rapture in his face, as he allowed the music to take over was a sight to behold. I pictured him in a Hawaiian shirt, dancing his way through the streets at the Rio Carnivale, swinging girls around him and throwing his head back, eyes closed in pure bliss.

His enthusiasm for the Spanish culture was infectious; his stories and music amplifying my expectations for the adventures ahead.

I was sad when the taxi ride came to an end.

Even sadder when Fletch explained he’d already pre-paid for tickets on the Heathrow Express.

But I kept the business card. Next time in London, I want to hear that salsa music again. And if you’re looking for a really delightful taxi driver who will be more than happy to drive you to Heathrow Airport, call Martin on +0044 (0) 7876 622 750